It is not a surprise to see so many Newcastle United fans greeting a report about Bruno Genesio with such scepticism. According to French newspaper Le Progres, Genesio is in Newcastle and could agree a four-year contract with the Magpies to become their new manager. Genesio is out of work after leaving Lyon at the end of last season, but this update comes as a massive shock with Steve Bruce looking as though he’s bound to end up filling the managerial vacancy at St James’ Park before too long. Newcastle fans, on the whole, don’t believe there’s an ounce of truth in this report, but they would still like it to be true because they’re so against hiring Bruce. Genesio would be a bit of a left-field appointment as manager while Bruce is someone who’s seen as a safe choice based on his experience of managing teams towards the bottom of the Premier League table. Unfortunately with the way that Mike Ashley has run the club, the Magpies are doomed to become one of those teams if they do hire Bruce.

Jesus Christ, how transparent is this ? Just another Ashley special because season tickets are on general sale.

I’m not a religious man but…

Nothing would ever surprise me with #NUFC #NUFCTakeover 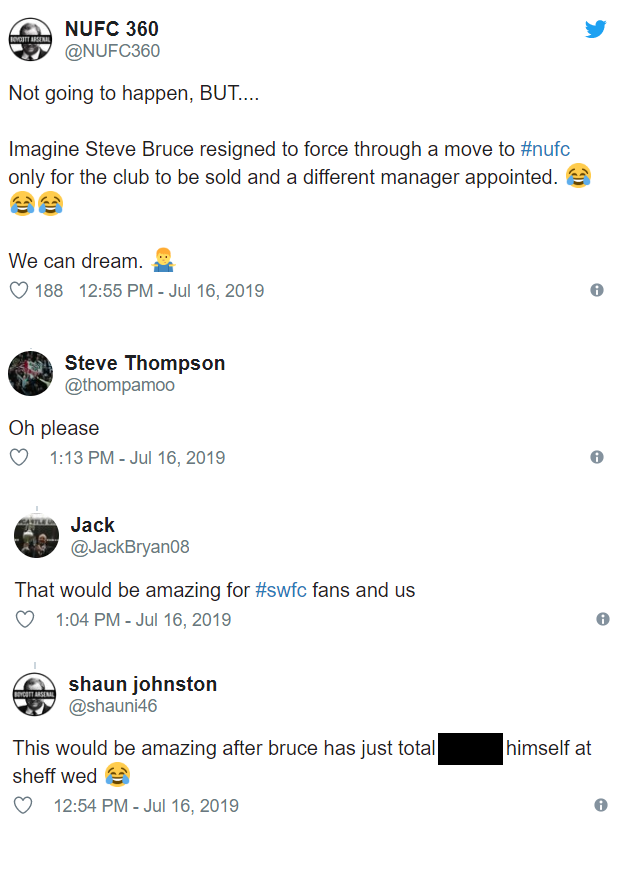