It has been confirmed that Dan Barlaser has agreed a new contract with Newcastle United, but except for messages of congratulations for the 22-year-old midfielder, some supporters have been venting their frustrations with the club on Twitter. Barlaser has joined League One side Rotherham on a season-long loan and there are some fans who are not happy with transfer decisions being made while there is currently no manager at the club. It’s hard to see why, in this particular case, that there are supporters who are livid on social media. Do they think Barlaser would be in the first team next season? He’s never played above the third tier of English football and he’s better off going out on loan than staying put in the Under-23s side. Handing him a new contract is something that a manager should have a say in though, especially because Barlaser’s previous deal was due to expire next season. It would have been a better idea to see how his loan spell goes before offering him new terms. 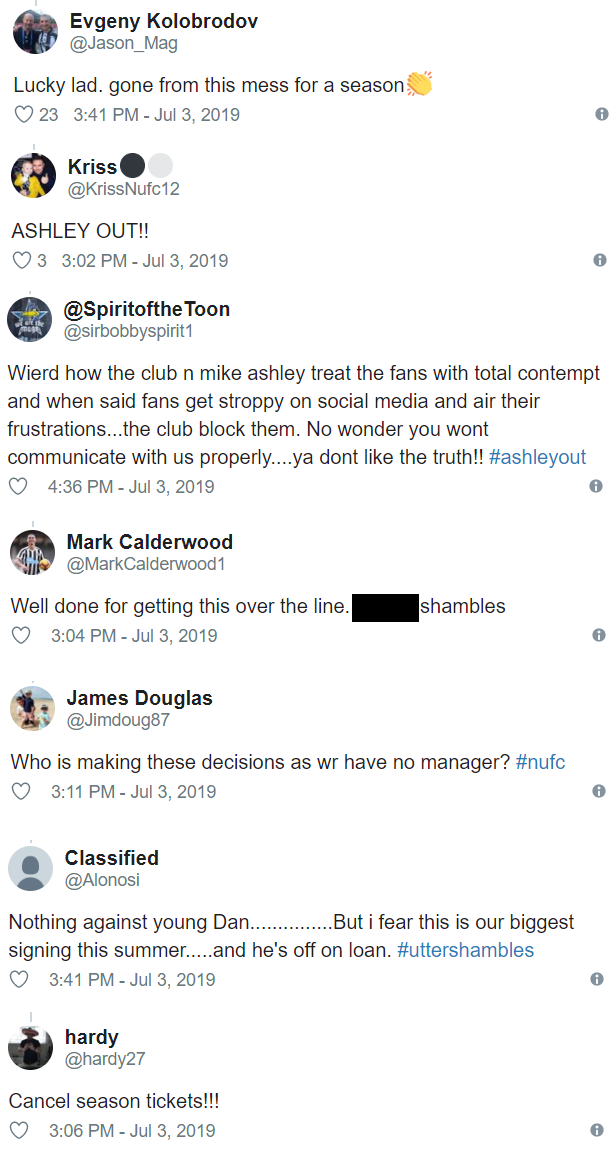