As expected, there are many Newcastle United fans on Twitter who have gone berserk over the news that Steve Bruce is the club’s number one choice to replace Rafa Benitez. According to Sky Sports journalist Keith Downie on Wednesday, Sheffield Wednesday are readying themselves to receive an approach from Newcastle regarding their manager, who was only hired in January. It’s not hard to see why there are so many Newcastle fans who are upset. Bruce is a former Sunderland manager whose achievements in football fail to compare to those of Benitez, who exited St James’ Park last month after his contract expired. It’s such a massive backwards step and if the Magpies aren’t careful, it’s a step that could see them suffer a third relegation under Mike Ashley, assuming he doesn’t sell the club. Newcastle need to get someone hired as soon as possible because they jet out to China this weekend. However this seems to be a panicked move that clubs usually make mid-way through a season, rather than a carefully though-out one.

what a joke this club has become 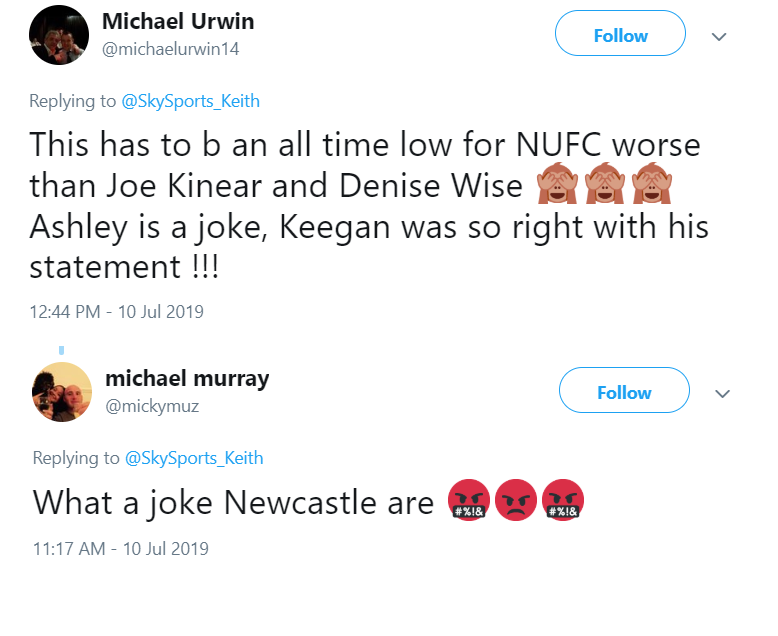