Sam Allardyce has reportedly rejected the chance to be the next manager of Newcastle United and as expected, some supporters on Twitter are not really sure on whether to think the news is a slap in their face or a welcome relief. While the Daily Mail’s report of the rejection can be seen as a new low for the Magpies, it can also be seen as dodging a bullet. Yes, an unemployed manager who isn’t good enough for Newcastle has reportedly snubbed them, but who would have wanted Allardyce anyway? Mike Ashley has to be the only man on Tyneside who would have wanted that to be the case. Allardyce actually makes Steve Bruce sound like a decent option, that’s how bad it would be for Newcastle to have the former England boss back in the hotseat at St James’ Park. It just shows how bad the situation is at the club though for Allardcye, who has not been in a job since Everton sacked him in 2018, to turn them down. What a mess this is.

Shame for MA this. I've said all along, Allerdyce is the perfect manager for him.

If there's one thing Big Sam is known for, it's avoiding relegation. That's the one and only target at #NUFC.

I don't know if the Allardyce story is true or a PR spin…but I am glad if it's true he turned NUFC down. Would take Bruce over him everyday.

If that Allardyce story is accurate it proves Ashley’s red lines on recruitment are a shambles and not many managers will be able to work with it. Is damaging #nufc

Absolutely terrifying though.. There's Allardyce offered the job on the sly, right around the time Kevin Nolan is on TalkSport giving Mike Ashley a solid defence. Now he's rumoured to have been in line to be Allardyce's assistant.
God forbid Simon Jordan has coaching badges. 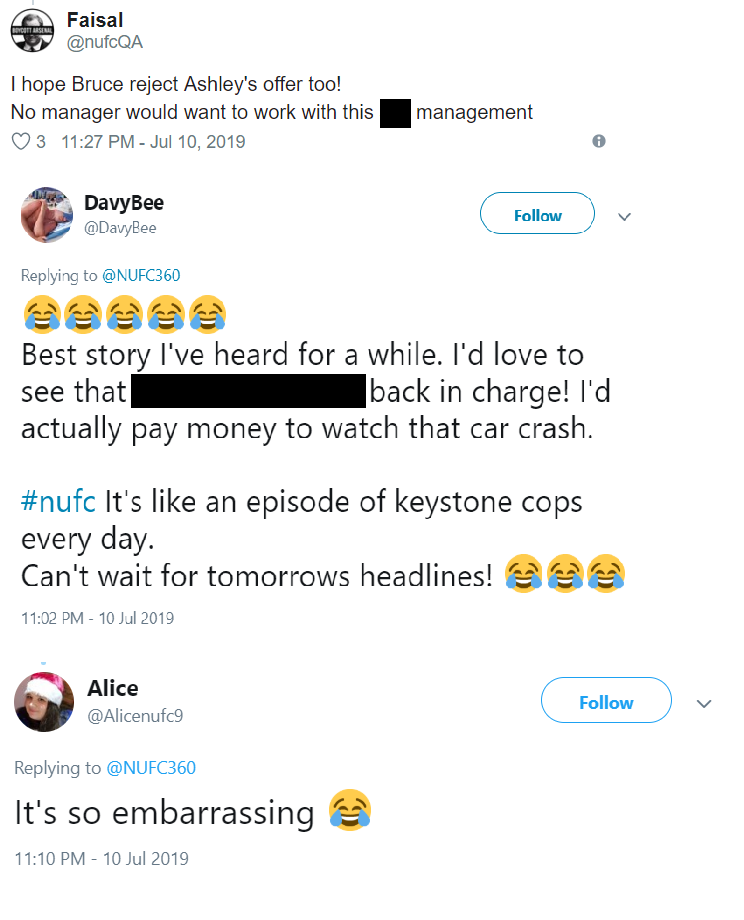