With Newcastle yet to replace Ayoze Perez and Salomon Rondon in pre-season, academy forward Elias Sorensen was given the chance to impress new boss Steve Bruce in their game against West Ham. Sorensen started alongside Yoshinori Muto, with the pair causing the Hammers defence great problems with their pace and movement throughout the game. The 19-year-old grasped his chance to start with both hands, even if he did miss the easiest possible chance to open his senior account after blazing the ball over an open net after a cross from Isaac Hayden. The Dane didn’t let that miss get to his head and continued to chip away, impressing throughout when coming up against Angelo Ogbonna. With Bruce in the market for new strikers, Sorensen did himself every chance of being involved in the Premier League set-up next season, with some fans arguing that he should be in the first-team squad more permanently after he impressed. Many Newcastle fans took to Twitter to deliver their differing verdicts on the youngster after the 1-0 victory. 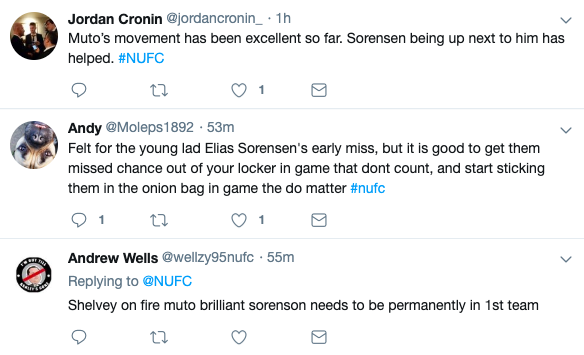 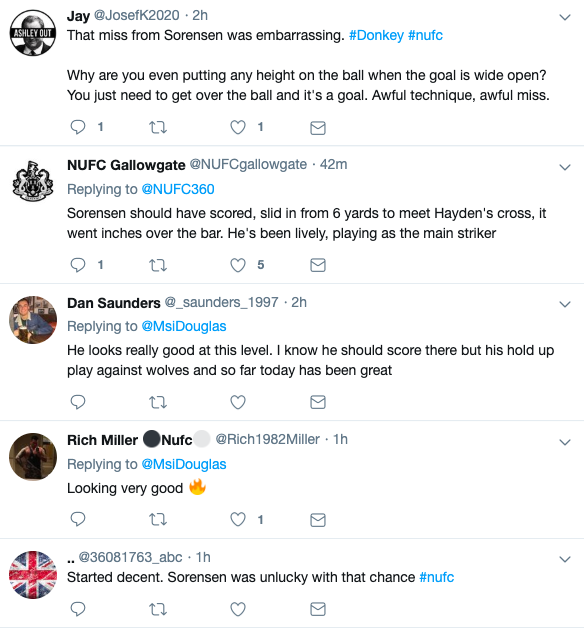