Former Newcastle United manager Rafael Benitez issued a post on his personal Twitter account on Tuesday essentially confirming that he would be taking up the post as boss of Chinese Super League club Dalian Yifang, before the club itself later confirmed the news. It’s no surprise that the overwhelming response from the Toon Army has been to call on the Spaniard to return to St James’ Park in the future once owner Mike Ashley has moved on. That is obviously the ideal scenario for all Magpies fans, who are likely sick to death of the Sports Direct tycoon at this point. Benitez, on the other hand, is revered by those in black and white. It tells you all you need to know about how beloved he is on Tyneside that the supporters feel no ill will towards him whatsoever for taking what is clearly a money-chasing adventure in the Far East. Many football fans would slate a manager for doing that, calling him a mercenary and such, but not the Newcastle faithful where Benitez is concerned. 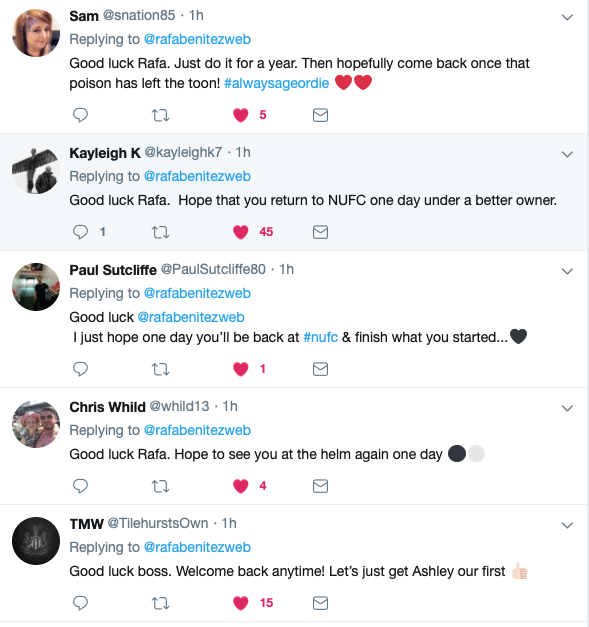 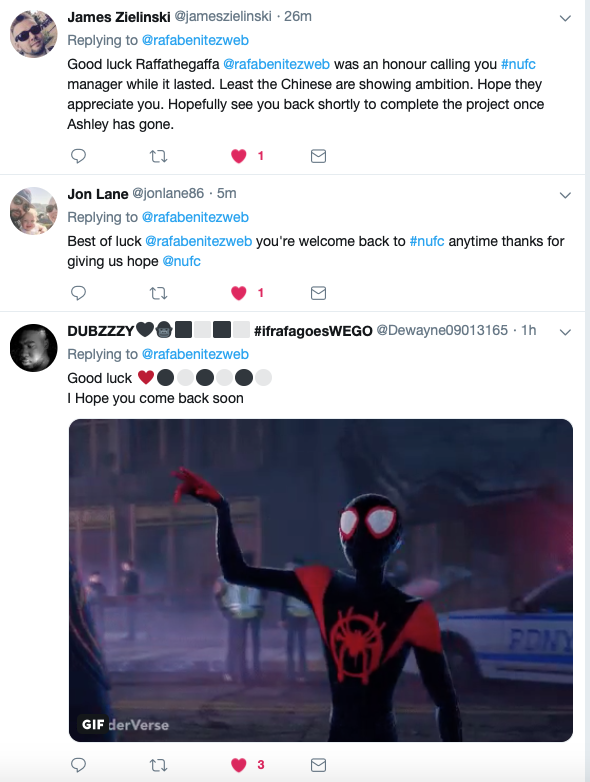