Murphy bang on with Wilder verdict 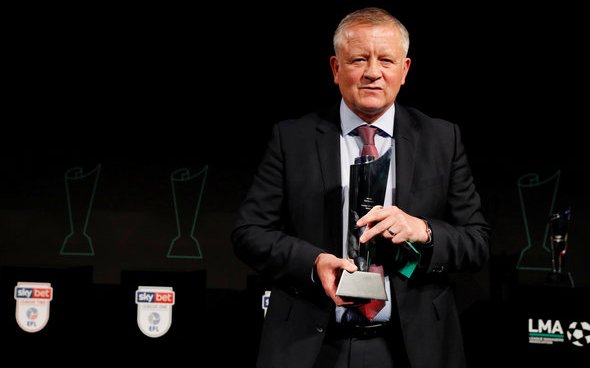 Sheffield United manager Chris Wilder has been one of the most unfairly overlooked managers in English football in recent years.

What he has achieved across the Football League pyramid with multiple clubs is really quite stunning. Yet, he never seems to be linked with the big jobs on offer in the Premier League.

Former England international Danny Murphy looked to put an end to that trend on Monday, banging the drum for the Blades boss to be handed the vacant Newcastle United post.

“He [Wilder] would be better suited [than Roberto Martinez or Mikel Arteta], because he knows how to get the best out of certain groups of players,” he told talkSPORT.

Murphy is bang on, here. Wilder is a criminally underrated manager. In fact, it’s ludicrous that he has never been seriously linked with the jobs that have become available at the likes of Watford, West Ham United, Everton and Leicester City over the years.

There seems to be some scorn poured on English managers who have worked their way up the Football League ladder. People like Wilder and Neil Warnock are viewed as unfashionable figures who need to get their existing clubs up to the Premier League to be given a chance in the top flight – they won’t be handed an opportunity.

Wilder has done that with Sheffield United, but that shouldn’t stop Newcastle following Murphy’s advice and making a move for him just to see where the land lies.

If they did, it would surely delight their supporters. The Englishman has a hugely impressive resume, having secured an incredible tally of 1.81 points per game in charge at Bramall Lane [Source: Transfermarkt], 1.67  at Northampton Town and 1.46 at Oxford United.

So he was worked wonders at each of his past three clubs, guiding Oxford back into the Football League, securing promotion to League One with Northampton and two separate promotions with the Blades.

Yes, he’s not a high profile name, but he could just be the best man for the job. Murphy has nailed it, here, and the Magpies should follow his advice. 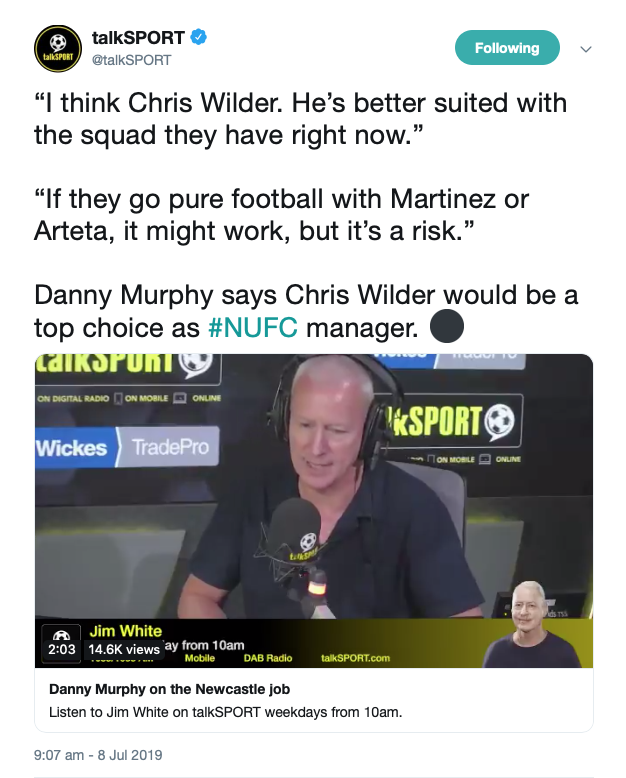