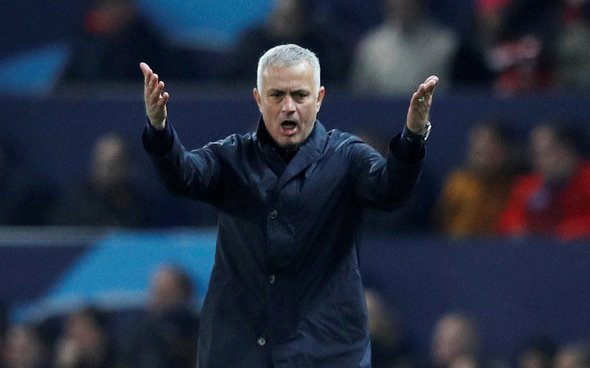 Jose Mourinho has delivered a heartfelt tribute on the 10th anniversary of Sir Bobby Robson’s passing.

The Newcastle United legend worked with the Portuguese manager during their time at Sporting Lisbon together, with Mourinho acting as a translator for the former England boss, and then following him to FC Porto and Barcelona in a coaching capacity.

And the 56-year-old has spoken candidly and touchingly in remembrance of his friend and mentor.

“It’s more my little baby, feels and months of age, me and Mr. Robson watching football on TV, Mr. Robson with my baby in his arms.

“It’s Mr. Robson coming to the training ground and saying ‘What’s the training session? Because today I am very focussed on the golf match I have after training’.

“Mr. Robson doesn’t come to me with the tactic, or the training, or the method. Mr. Robson comes to me as this person.”

This is lovely from Mourinho, who clearly thinks the world of Sir Bobby, even a decade after he passed away. The fact that he still insists on calling him Mr. Robson shows just how much respect he holds for his mentor, and it cannot be understated just how much of an influence Sir Bobby had on his young protege. Without him taking a gamble on Mourinho as a young interpreter back in 1992, would the world gave ever had the pleasure of meeting the self-proclaimed “Special One”? Who can say, but even if Mourinho had made it, he wouldn’t have been the same man or manager that he is now. As for Sir Bobby himself, he will justifiably go down as one of the greatest sons of Newcastle United football club. He may never have worn the black and white stripes as a player, but the legacy he created during his years as Toon manager will be held up as benchmark for any new appointment for a long, long time to come.