Many Newcastle fans react to update on Rondon

The brilliant end to last season for Newcastle has quickly turned into a nightmare before the next Premier League campaign has even begun. If losing Rafael Benitez and Ayoze Perez wasn’t bad enough, the Magpies are expected to miss out on a move to bring Salomon Rondon back to the club on a permanent deal. This would be a disaster, even in Mike Ashley’s standards, with the Venezuelan reportedly available for the small price of only £16.5million [Daily Star]. Sky Sports journalist Pete Graves revealed on his personal Twitter account that he fully expects Rondon to reunite with Benitez in China at Dalian Yifang this summer. What makes this news even worse is when you combine it with the loss of Perez, who with Rondon formed the second most prolific partnership in the league. The Spaniard scored six goals assisted by the 29-year-old alone [WhoScored], and now the St James’ Park faithful will reportedly have neither to rely on next season. Many Newcastle fans took to Twitter to respond to the news, slamming their club for their lack of ambition this transfer window. One fan said: “No light at the end of the tunnel this time for nufc, we’re doomed.” 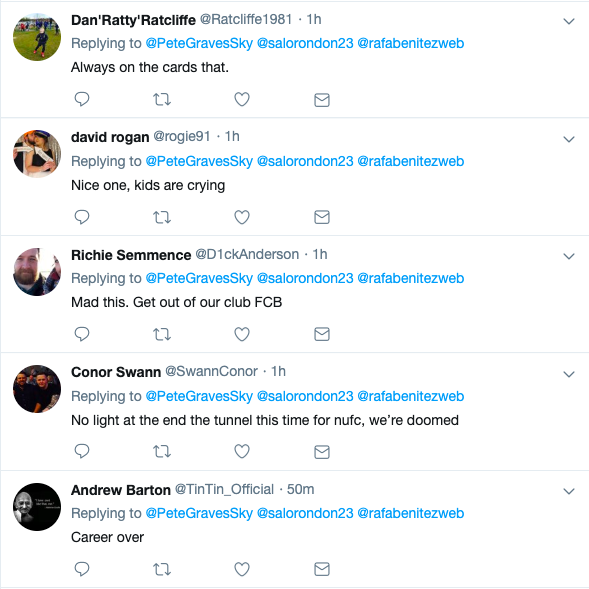 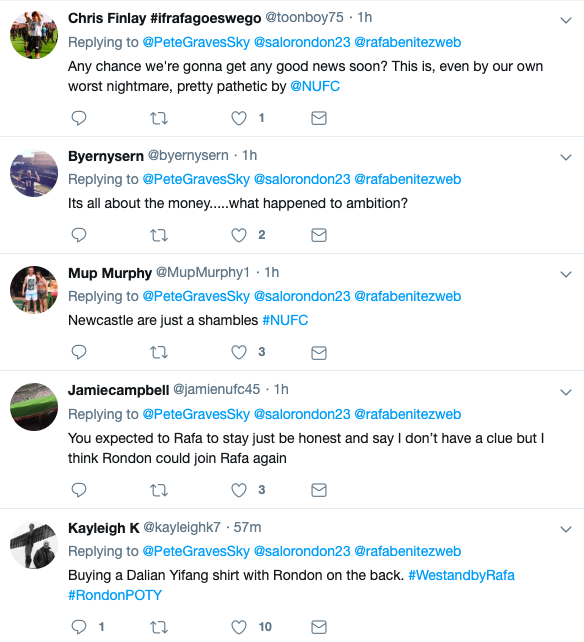