The rollercoaster ride that is Newcastle United just continues to deliver every day it appears. The start of July couldn’t have gone any worse for the Magpies, losing both Ayoze Perez and Rafael Benitez. Mike Ashley isn’t the most transparent of owners in world football, a trend which looked set to continue with the Bin Zayed Group not releasing any statements after being reported by the Sun to have made an agreement to take over at St James’ Park. That changed on Monday when Capital presenter Peter Redding revealed a statement on his personal Twitter account, claiming the BZG Group have completed every aspect required for a takeover to be completed. This is all the Newcastle fans will have been wanting, a bit of clarity on the ongoing situation. After being kept in the dark for so long during Ashley’s reign, the worst thing that the BZG could have done was to go about their business with no information given to the fans. The statement did come with a sense of being too good to be true with many Newcastle fans taking to Twitter to respond to Redding’s tweet.

Following a meeting with Bin Zayed Group officials they would like to put on record the following information for NUFC fans:
"Both parties have worked diligently in finalising a deal, none more so than ourselves. We have completed every aspect required in a takeover process. 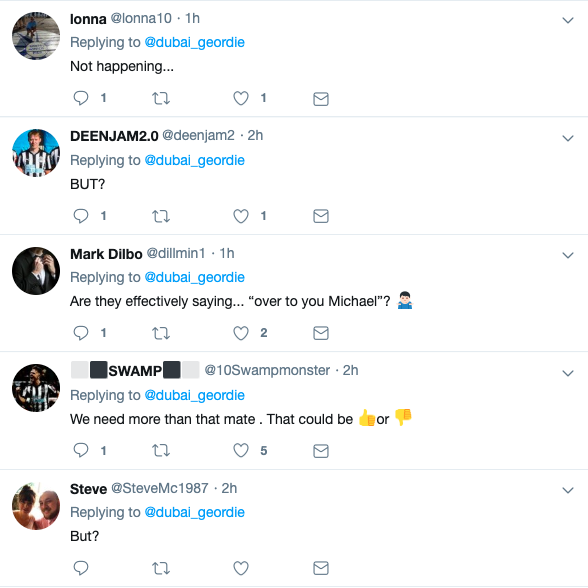