The emergence of Fabian Schar has been one of the major positives at Newcastle United in their recent history. After arriving from Deportivo La Coruna for the bargain price of £3million, the Switzerland international quickly became a hero at St James’ Park thanks to his consistent performances from the heart of defence. The 27-year-old ranked highly amongst other Premier League central defenders, averaging 2.8 interceptions per game alongside an average of 5.7 clearances. [WhoScored] Schar also proved his worth going forward for the Magpies, picking up the NUFC TV goal of the season award for his strike against Burnley, a goal which received almost 90% of the votes. After the recent departure of Rafael Benitez, Schar was reported by the Sun to be a player potentially involved in a summer exodus. So, it will come as a great relief that the Magpies defender posted a message on Twitter of him arriving back for pre-season. Schar posted a picture on his personal Twitter account, sending a simple message to his followers, saying “Back on track!!!” Many Newcastle fans reacted with messages of support for the defensive colossus. 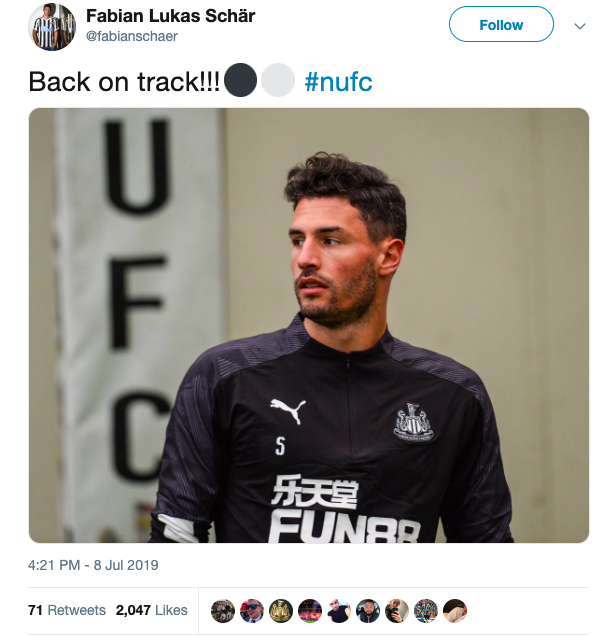 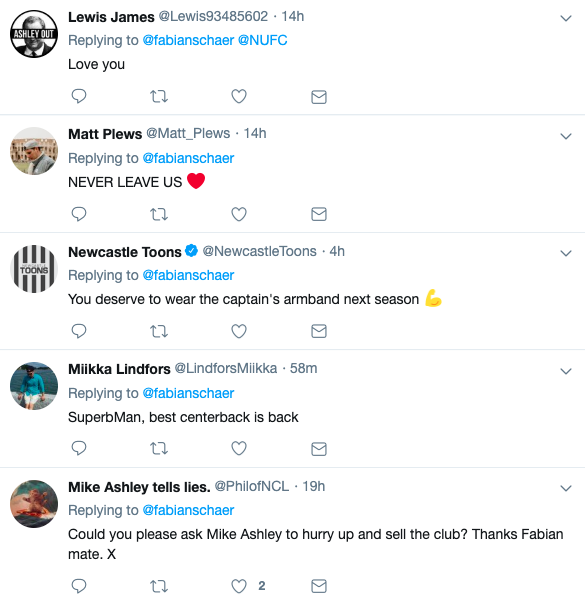 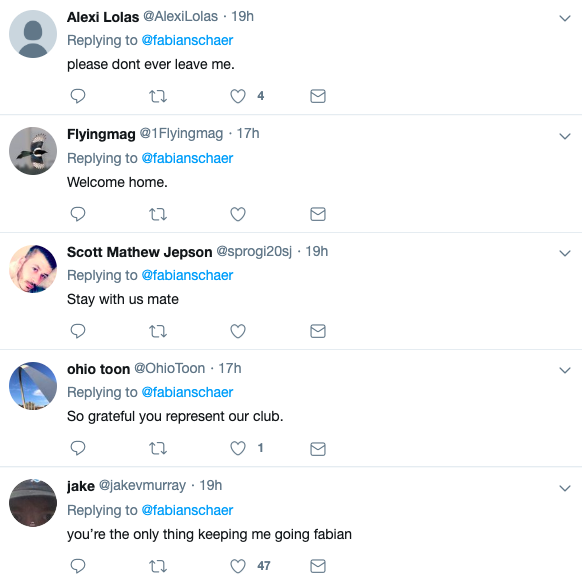