There are so many different scenarios playing out at Newcastle United, that it is hard to keep track. The Bin Zayed Group are yet to complete their reported takeover of the club, with Peter Redding revealing that the group have completed every aspect required to complete a deal. The reign of Mike Ashley is set to end as farcically as it began, with the hunt for a new manager still not resolved after the departure of Rafael Benitez. Sheffield Wednesday boss Steve Bruce is the latest name to be thrown into the hat for the manager position. Sky Sports journalist Keith Downie revealed on his personal Twitter account, that Bruce is under consideration for the vacant role at St James’ Park. Compared to other names that have been linked to the role shows just how much of a step down the former Sunderland manager would be – with Patrick Vieira and Steven Gerrard currently managing in the top flight of their respective leagues. The 58-year-old has only managed Wednesday for 18 games, and a move to the North East would surely show a lack of ambition from the Magpies. Many Newcastle fans took to Twitter to share their disbelief at the news on Tuesday afternoon. 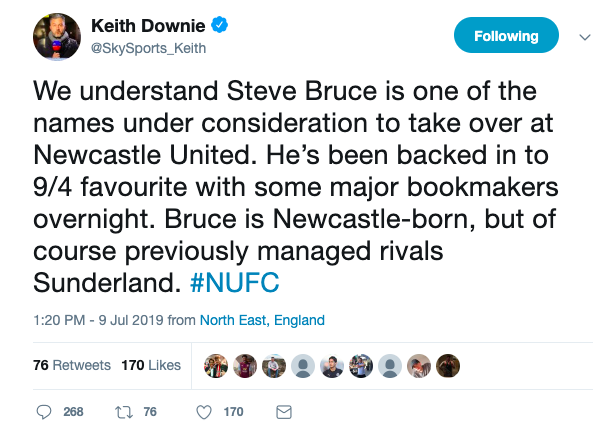 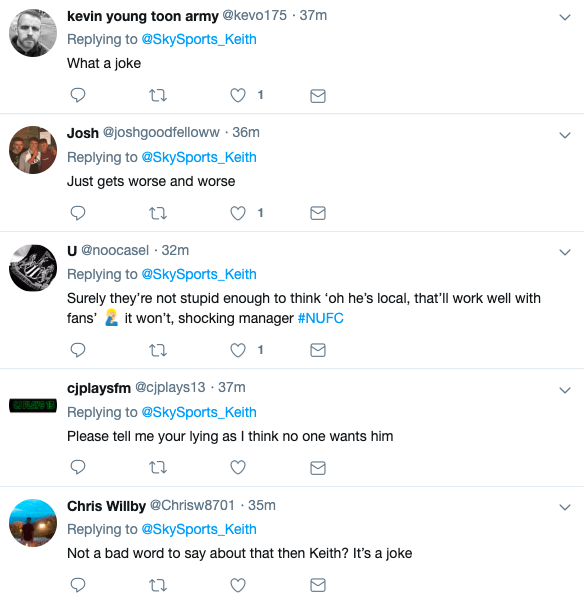 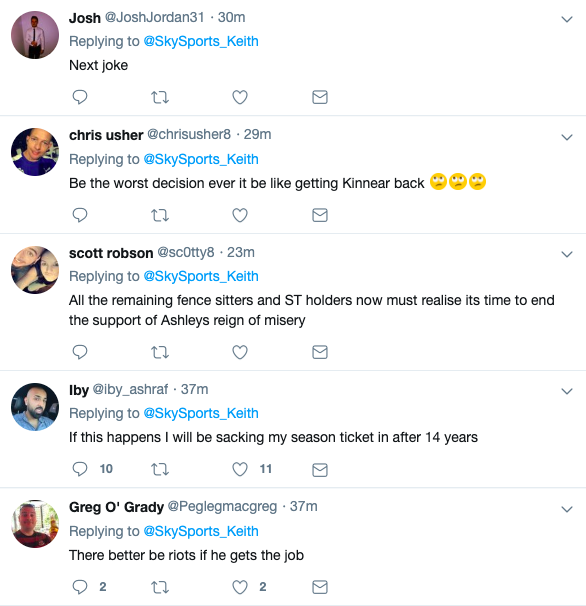 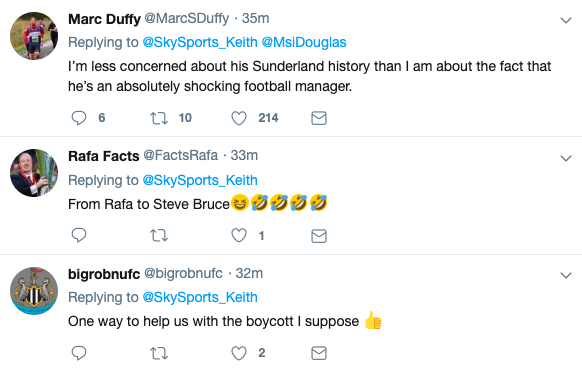