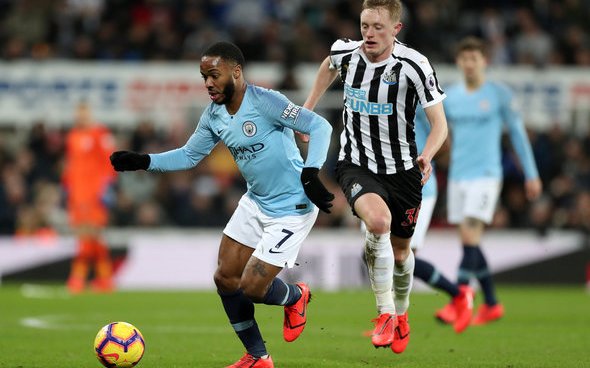 You would expect that a team with the reputation of Manchester United would be aiming higher than poaching players from Newcastle United or Southampton.

The latter pair were battling for survival at the foot of the Premier League table last season and while it was a campaign to forget for the Red Devils, they still managed to finish sixth.

However, it appears as though Ole Gunnar Solskjaer is targeting young prospects, namely midfielders, from the top flight to take to Old Trafford and mould into his own design – the Magpies’ Sean Longstaff and the Saints’ Mario Lemina said to be in their sights.

The Chronicle state that Longstaff, one of Newcastle’s breakthrough talents last season, will cost Manchester United £50million in their hunt for his capture while the Times state that Southampton are seeking more than the £18.5million they spent on his signing.

With the south coast side reportedly handing Solskjaer’s side permission to speak to the 25-year-old, it must be music to Newcastle’s ears when it comes to their hopes of keeping their promising starlet.

Simply put, Manchester United do not need two new midfielders with their current options on board – after all, Lemina and Longstaff would be going up against Paul Pogba, Nemanja Matic, Fred and the ever-developing Scott McTominay for a place in the squad.

Comparing the pair using WhoScored’s detailed data, they are closely matched when it comes to their stats for last season, although Lemina does edge out the Newcastle man in most areas.

Defensively, the Southampton star averages more tackles, interceptions and clearances as well as being dribbled past less and conceding fewer fouls – although Longstaff is not too far behind. 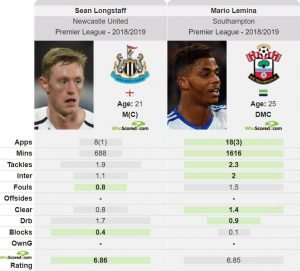 Logic might dictate that if Lemina is more defensive-minded then Longstaff should stand out in an offensive sense but again it is the Saints ace who comes out on top, only being beaten by the average number of unsuccessful touches and times dispossessed in the middle of the park. 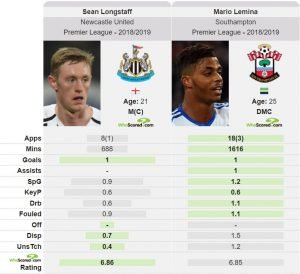 So if Newcastle’s starlet is no better at attacking or defending, is he simply a better passer of the ball? Again, the answer is no, with Lemina averaging both a higher number as well as more accurate passes per game. 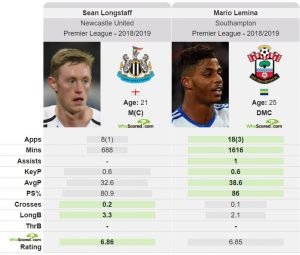 Money is hardly a hurdle for a club like Manchester United but when you can reportedly get two Mario Lemina’s for one Sean Longstaff, it is clear where the value for money lies – and Newcastle will be praying their hunt comes off.