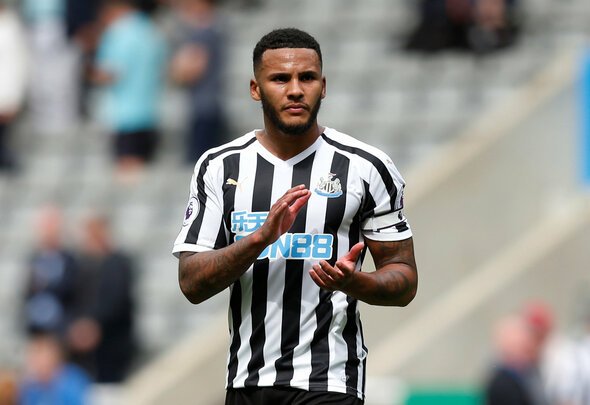 Jamaal Lascelles feared Newcastle United would go downhill after the departure of Rafael Benitez in June.

The Newcastle captain believed that the Magpies’ squad could go ‘off the rails’ with the players coming back to pre-season with no permanent manager in charge.

Speaking to the Daily Mail, Lascelles said: “I did think when we came back that it would be quite difficult coming back and not having a manager. I thought players could go off the rails and lose their heads, but they have remained professional.”

Benitez was replaced by former Sunderland manager Steve Bruce on Wednesday, with the Sun recently reporting that Mike Ashley had paid £4million to Sheffield Wednesday for the services of the 58-year-old and his staff.

Lascelles went on to deliver his verdict on Bruce, saying: “I’ve only heard positive things about him from people I’ve spoken to. He’s old school in that he wants players to work hard, behave properly.”

No matter what Lascelles thinks, negative or positive, it is his role as Newcastle captain to keep a certain amount of harmony within his squad of players – something that was even more vital in recent weeks with no manager. Whether the squad are praising the appointment of Bruce, it is their responsibility to put everything in to make sure they are fully prepared to tackle next season. The 58-year-old arrived in China on Thursday, and will not have been happy with what he saw during the club’s 4-0 thrashing against Wolves. Is Bruce the right man to turn it around? Not really. With the second-worst win percentage in Premier League history, the boyhood Magpie needs to keep his squad as professional as possible in the coming weeks, something that will prepare them for the start of the season. The fact that Lascelles feared a possible negative reaction only proves that the Newcastle squad could be on the edge of falling apart, something that is the last thing they need with all the upheaval in the North-East at this moment in time.