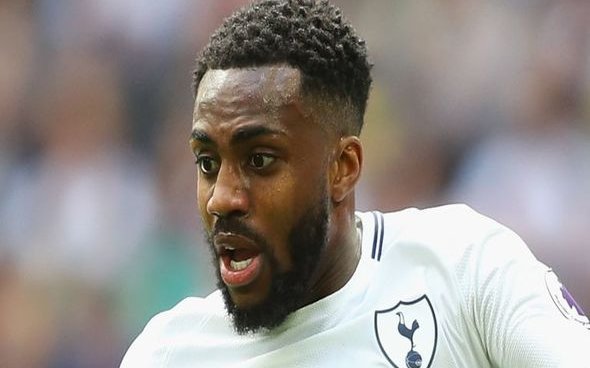 There is no hiding the fact that Newcastle United are short of options at left-back coming into the next Premier League season.

Matt Ritchie stepped up and filled the left-wing back role under Rafael Benitez last season, with the club’s only other defensive option in Paul Dummett moving to the heart of defence in a somewhat makeshift back five.

Steve Bruce has inherited the squad and has been immediately reported by the Daily Star, to have taken an interest in Tottenham defender Danny Rose, who would be available for £15million.

The 29-year-old would have been a smart piece of business by Bruce, with the former Leeds defender having become a solid Premier League defender throughout his career, and made 26 appearances for Spurs last season.

Newcastle are surely losing the hunt for the England international’s signature though, with the Mirror reporting that Italian champions Juventus are the frontrunners for his services this summer.

Rose was solid for Mauricio Pochettino last season, having averaged a WhoScored match rating of 6.84 – making an impact both in defence and going forward.

The 29-year-old would have slotted perfectly into the back four at St James’ Park, having made 1.9 tackles on average per game as well as making 0.9 interceptions to put his side on the front foot [WhoScored].

Should Bruce favour the five-at-the-back formation that Benitez used, Rose would have also offered attacking expertise for the Magpies. The England international averaged 1.3 dribbles per game as well as averaging a singular key pass [WhoScored] meaning he has the capability to get past his man and create opportunities with ease.

With the Mirror reporting that Paris Saint Germain and Schalke are also holding an interest in his signature, Newcastle are surely losing the race for the experienced full-back.