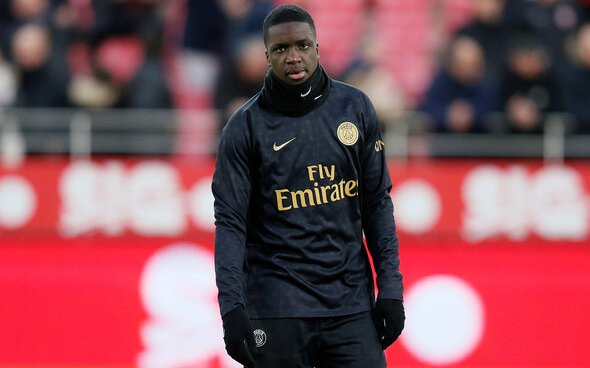 The 20-year-old left-back would be the Magpies’ first defensive reinforcement this summer after the arrivals of Joelinton, Kyle Scott, and Jake Turner.

RMC Sport revealed that Newcastle had agreed a £9.8million deal with Paris Saint-Germain over the signing of N’Soki, in a move that would include a 20% sell-on clause.

All seemed well until Get French Football News reported that contract negotiations are at breaking point with the Magpies not offering enough to secure his services – surely a move they could live to regret.

The Chronicle recently completed an interview with France Football journalist Antoine Bourlon, who covers Paris Saint-Germain, and his insight on N’Soki could prove that Newcastle could be forced into a change of system should they complete a move.

Bourlon said: “Nsoki is a very young player. He can play as a left-back but, in my opinion, he is better as a center-back as part of a back three. But he can play in many positions and he is very versatile. In the youth teams, he also played as a defensive midfielder.”

The versatility possessed by N’Soki could be a big addition to Steve Bruce’s plans, but Bourlon’s comments could prove that Newcastle sticking in the five-at-the-back formation deployed last season could be more helpful.

Paul Dummett played most of last season in the heart of defence in the previous campaign, and when comparing the Welshman to N’Soki via WhoScored, the French defender is surely more suited to a ball-playing role in central defence. 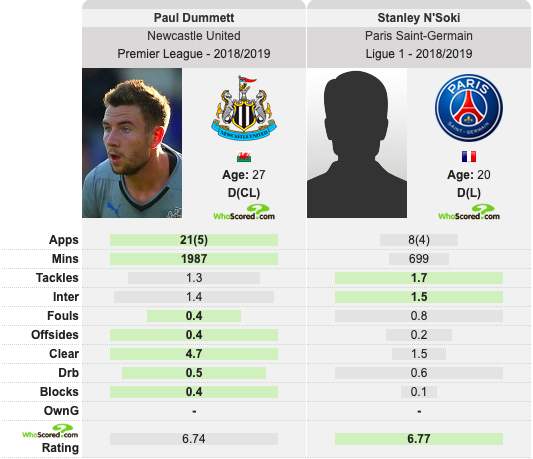 Dummett averaged more blocks per game last season and was also dribbled past fewer times – stats that are helpful when dealing with a winger that likes to run at his man and try and deliver a cross.

N’Soki did average more tackles and interceptions, which suits marking a striker better as the Frenchman could step in front of his man and recycle possession better.

Should N’Soki arrive at St James’ Park, a defensive reshuffle could definitely take place, with Dummett surely destined to return to left-back should Bruce adapt to five-at-the-back in Tyneside.