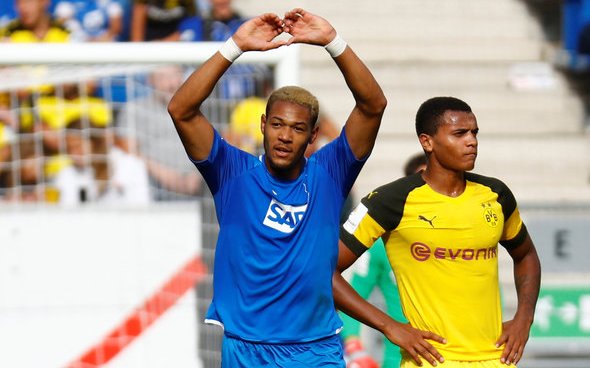 When a team holds a long-term interest in a player yet never makes any progress on closing a deal for said player, they can hardly be angry when another side enters the picture.

That is the case for Newcastle United right now in regards to Hoffenheim attacker Joelinton. German publication Kicker reported recently that the Magpies’ Premier League rivals Wolverhampton Wanderers are interested in signing the Brazilian.

The Chronicle claimed on Thursday that Newcastle hold a long-term interest in Joelinton and are thought to be prepared to pay £40million for the forward.

However, Wolves’ interest obviously makes the club’s pursuit of the 22-year-old far more complicated, and may even result in them having to kiss their hopes of signing him goodbye.

Wolves, you would think, are probably a far more attractive destination for potential signings than Newcastle at this moment in time. Nuno Espirito Santo’s side secured Europa League football on their first season back in the Premier League last term, and are a distinctly more upwardly-mobile proposition than the Magpies.

Indeed, if it gets into a bidding war then there’s not much reason for optimism for the north east giants either. As Kicker’s report states, Wolves are owned by Chinese heavyweights Fosun, which has enabled them to splash out on a number of eye-catching deals in the past couple of years.

So if it comes down to a straight fight between the two teams for Joelinton, it would appear to be no contest. Wolves have a top manager, more money than Newcastle and are a much better team, boasting European football.

Really, is there any doubt who the Brazilian would choose?