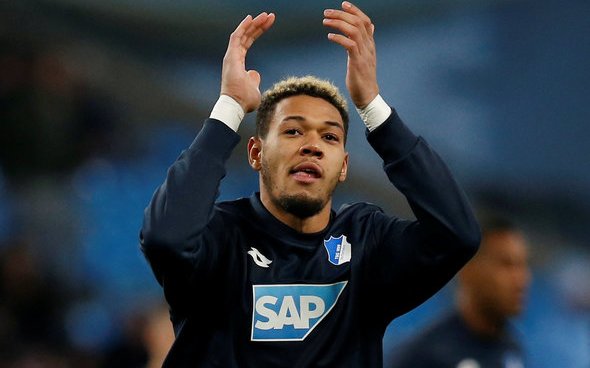 There is no doubting that Salomon Rondon became a hero during his brief spell at Newcastle United.

The forward, who was on loan from West Brom at St James’ Park, formed a great partnership with Ayoze Perez – the duo scoring 23 of the club’s total of 42 Premier League goals.

Rondon’s link with the Spaniard was one of the best in the division, with the Venezuelan assisting six of Perez’s goals, the second-best in the Premier League [WhoScored].

With the influential duo having left the Magpies, there wasn’t much for the Newcastle faithful to celebrate. That is until now, with the Daily Mail reporting that Mike Ashley has set aside £36million for the signing of Hoffenheim striker Joelinton.

The Brazilian forward could make the loss of Rondon a distant memory in the North East, with the 22-year-old surely set to light up the Premier League if given the chance.

Comparing the two via WhoScored, it is clear to see which areas the Brazilian striker would improve Newcastle’s attack next season. 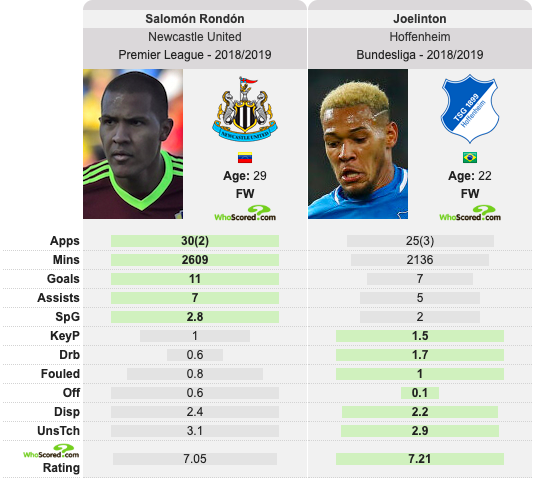 The Hoffenheim forward offers much more than just goals for his side and possesses great ability with the ball at his feet. Joelinton averages more key passes per game, as well as attempting over one dribble more per game than Rondon – highlighting his ability to square up and beat defenders.

Despite running with the ball much more, the 22-year-old is also dispossessed fewer times as well as having a better first touch – with only 2.9 pieces of bad control per game compared to Rondon’s 3.1.

With Sky Sports reporting that Rafael Benitez’ Dalian Yifang have agreed a deal to permanently sign Rondon, the memory of the 29-year-old would be short-lived should the Magpies go out and sign Joelinton.