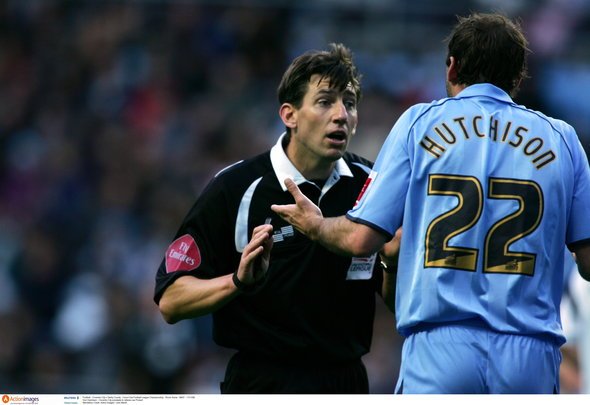 The Gateshead-born former West Ham United star is a well-known Magpies supporter, and the BBC pundit is clearly dispirited at the situation surrounding his club at the moment.

He took to his personal Twitter account on Wednesday to voice his displeasure with what’s going on at St James’ Park: “Premier Lge teams preparing for pre-season and up coming 2019/20 season. 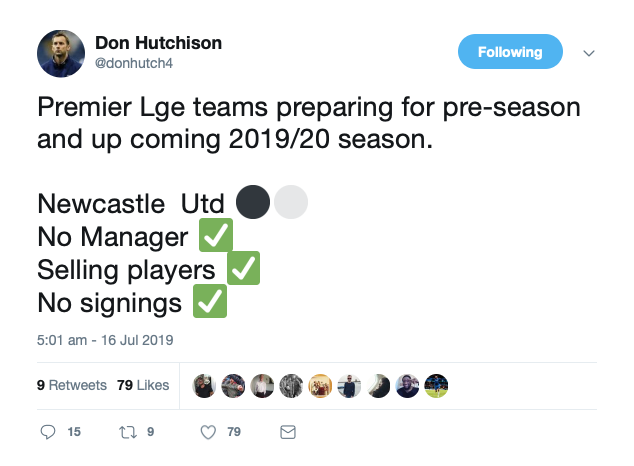 Yep, Hutchison pretty much sums up what a dire state of affairs it is at Newcastle at this moment in time. With all the speculation over a particular manager currently at work in the Sheffield area, you would have thought that the club might have made progress on appointing someone since Rafael Benitez’s departure at the start of this month. However, at this moment in time, there is no manager in charge at St James’ Park. That, in turn, affects the recruitment that the club can get started on. They can’t really bring anyone in because they may not be the sort of player the new manager wants – whoever he turns out to be. Having said that, they are clearly happy to sell players if the price is right, as was shown by attacker Ayoze Perez’s departure to Premier League rivals Leicester City. So there are people still getting transfers done on Tyneside, just not any incomings. It’s a worrying situation for the Magpies at the moment, and Hutchison clearly isn’t happy about it.