Howey gets Ashley verdict spot on

Newcastle United owner Mike Ashley has never – repeat, never – been the most popular steward of a football club, but his popularity has plumbed new depths recently.

The decision to allow world class manager Rafael Benitez to leave the club and to replace him with mediocre at best boss Steve Bruce this week has been received negatively, to say the least, by the Magpies faithful.

Now, former Toon defender Steve Howey has summed up how the Newcastle supporters feel about their owner: “I think fans up here do think that, sometimes, Mr. Ashley gets up in the morning and thinks, actually, what can I do to annoy the fans,” he told Love Sport Radio.

Howey would appear to be a shrewd judge of character, because he’s got this one 100% right. The Newcastle supporters likely do feel this way about Ashley, because everything he’s done has given them reason to think that.

How can you believe otherwise when the owner allows Benitez to leave and appoints Bruce in his place? Not only has the former Sheffield Wednesday boss settled into a role as a Championship manager in recent years, but he is also a former boss of the Magpies’ hated rivals Sunderland.

That decision clearly demonstrates that Ashley has no regard for the opinion of the fans. Sir John Hall, a local lad made good, would never have appointed an ex Black Cats man to manage his boyhood club.

Ashley, though, isn’t from Newcastle and has no affinity with the place or its people. It’s evident that the Sports Direct tycoon’s ambition for the club is mediocrity, so in theory Bruce fits in with his plans perfectly.

It’s probably unlikely that Ashley does in fact wake up thinking of ways to annoy the Newcastle supporters, but it’s very probable that that’s what the club’s fans think he does – especially after swapping Benitez for Bruce. 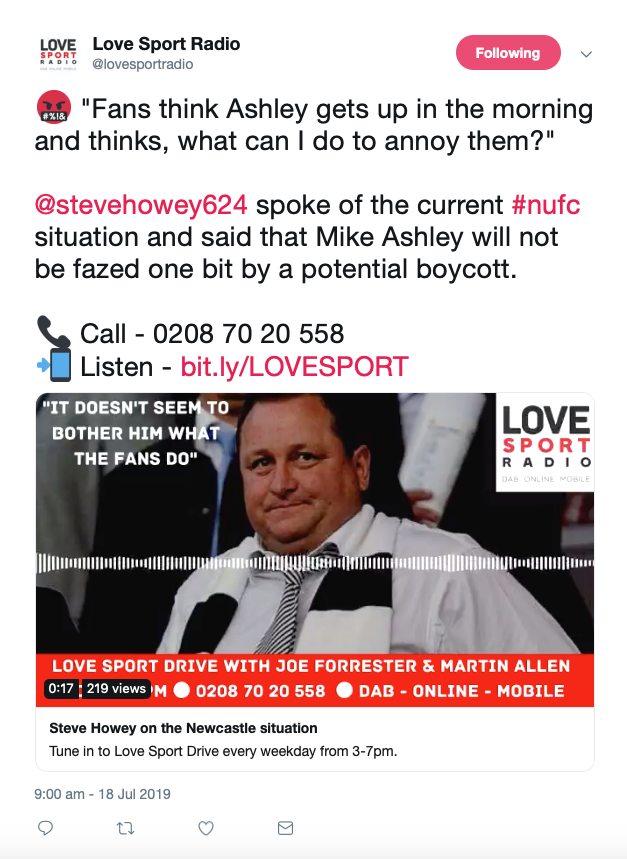