Gonalons could be Hayden replacement 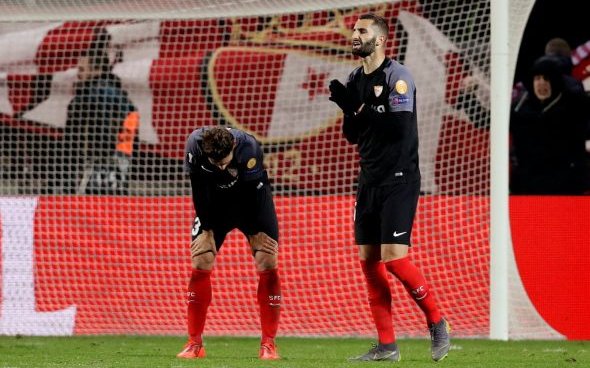 After the end of the last Premier League season, Isaac Hayden was surely counting down the days till he eventually leaves Newcastle United.

The 24-year-old has made it no secret that he wishes to move down South before the start of the season, but with the midfielder having made the trip to China for pre-season, his future isn’t any clearer.

With speculation surrounding his future, the Chronicle reported that Hayden is likely to demand exit talks with Steve Bruce before the Premier League begins.

Calciomercato reported recently that the Magpies are in pursuit of Roma midfielder Maxime Gonalons, which could spell the end for the former Arsenal enforcer at St James’ Park.

The French international would slot straight into a similar role as an anchor in front of the Newcastle defence, offering great experience having played in three major leagues for Lyon, Sevilla, and Roma.

It would make sense for Bruce to be targeting a replacement for Hayden, who is surely set to leave this summer, with the reported pursuit of Gonalons surely the first hint that the writing could be on the wall for the 24-year-old.

Hayden was the standout figure in midfield at St James’ Park last season, averaging 2.9 tackles per game, the most of any player in the Newcastle squad [WhoScored]. The midfield enforcer also made 25 appearances in the Premier League and was a big part of Rafael Benitez’s plans.

Gonalons on the other hand only made 10 appearances on-loan at Sevilla and failed to make much of an impact in La Liga. The 30-year-old only averaged 0.8 tackles but somehow went on to make 1.7 fouls per game, a stat which proves his weakness in making a tackle [WhoScored] – a poor stat to have as a holding midfielder.

Whether or not the Newcastle fans like it, the reported interest in Gonalons could all but spell the end of a successful few years at St James’ Park for Hayden – who will be fondly remembered.