Clark has say on Longstaff valuation 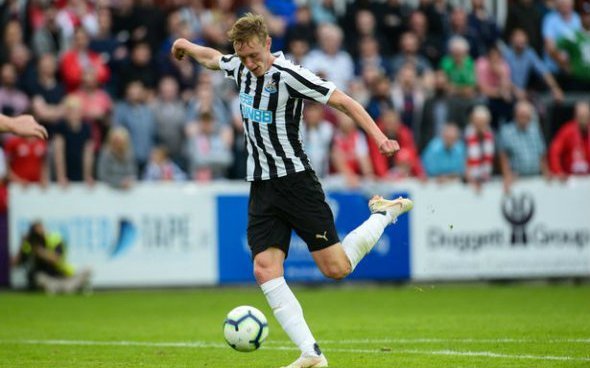 Former Newcastle United midfielder Lee Clark has credited himself for the role he played in Magpies midfielder Sean Longstaff’s development.

The former Kilmarnock manager brought the 21-year-old to Scotland for a loan spell with Killie in 2017, and he has now patted himself on the back for the part he played in the development of a player who Newcastle now value at £50million.

“Longstaff has been dubbed the new Michael Carrick but he can be box to box, he can score goals and his range of passing is superb,” he told the Daily Record. “I get great satisfaction from playing a part in these young lads’ careers and giving them their first opportunity.

“People were saying, ‘What’s he doing bringing these young lads in from Newcastle?’ and asking if they were good enough because they hadn’t played first-team football. But I knew all about Sean. He’s progressed in the right way. [Manchester] United won’t get him for £30million – it will be more than that if they want him. Newcastle’s valuation is higher.”

Well, Clark is rather pleased with himself here, isn’t he? To be fair to him, he took a risk and brought plenty of young players to Scotland when he was at Kilmarnock, and Longstaff has turned out to be the big success story. The youngster enjoyed a terrific loan spell north of the border, and Clark clearly rates him extremely highly. We all know that Manchester United have been tracking the midfielder, the Evening Standard’s report mentions that, but if they are only bidding £30million then they are simply not going to sign him. As Clark says, he’s someone whose got everything, dubbed the new Michael Carrick. However, while he may not be as good of a passer as the former England international, Longstaff is certainly more of a goalscoring midfielder. Clark knew that a couple of years ago, and credit to him for that, but it’s a bit unseemly how smugly he’s banging on about it here.