Charnley has stayed in England for Bruce deal, Wednesday want money up front 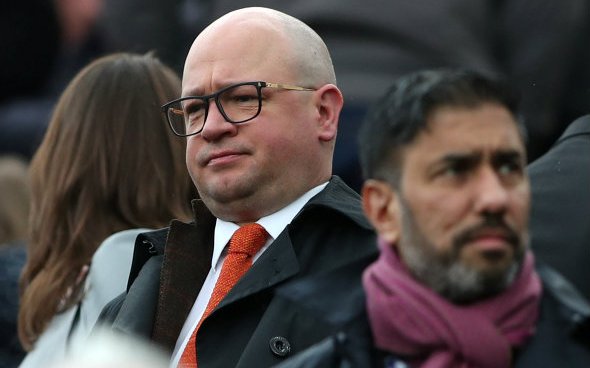 Newcastle United’s managing director Lee Charnley has stayed at home while the squad have traveled to China for the Premier League Asia Trophy, according to journalist Alan Nixon.

The Sun reporter revealed the news on his personal Twitter account on Sunday, claiming that Charnley has remained in England to try and get a deal done for Sheffield Wednesday manager Steve Bruce.

The Magpies chief has been leading the pursuit of a replacement for former boss Rafael Benitez, and is now working on the compensation fee with the Owls.

Looking for a Newcastle United Gift? Take a look at the dedicated Newcastle FC Fan Gifts site for the latest reviews, shopping advice and links to the best products in the market. With new items are added daily, reviews are helpful and informative this should be your #1 destination. They have everything from the latest and classic Shirt as well as memorabilia, toys and gifts.

Nixon also added an update on the club’s hunt for Bruce, stating that the Hillsborough outfit want the compensation money up front in one go, which could prove a problem for the thrifty Magpies. 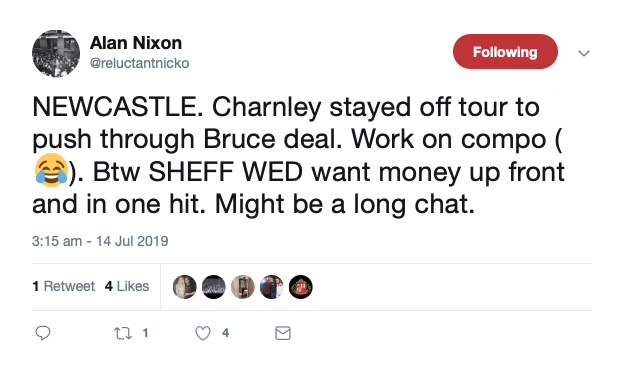 Well, it’s a good thing that Charnley has remained in England to get a new manager sorted rather than travel with the squad to China. His presence over there isn’t necessarily needed, whereas he is required back home in order to sort something out with Wednesday. Whether you want Bruce appointed or not – and most Magpies supporters clearly don’t – it’s still a good thing that Charnley is working to get a deal done. That’s because Newcastle need a new manager as soon as possible, so that they can begin proper recruitment and tactical work ready for next season. As for Nixon’s update that Wednesday want the compensation fee for Bruce up front in one gulp, that could be a problem. Magpies owner Mike Ashley isn’t one for splashing out willy nilly, so he would likely have wanted to pay the money for Bruce in instalments. However, it doesn’t look like that’s going to be a possibility.