Carroll could be taken on trial by Newcastle 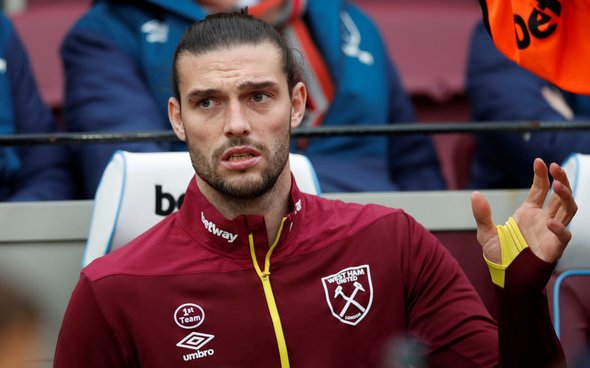 Free agent Andy Carroll could be offered a trial by Newcastle United, according to ExWHUemployee.

The reliable West Ham insider, who regularly offers updates on the London club on Phoenix FM and his personal Twitter account, claims that once he has recovered from an ankle injury, the Magpies could hand Carroll, 30, the chance to impress them before offering him a deal.

“Andy Carroll, there’s a chance that Newcastle are going to give him a trial when he’s fit,” ExWHUemployee told the West Ham Way podcast, as shown on Phoenix FM’s website [42m 50s].

West Ham released Carroll at the end of last season but is not expected to fully recover from an ankle injury for another few months [Daily Mail].

Newcastle clearly want Carroll and Carroll would surely be interested in a return to St James’ Park, the place where it all began for the Geordie target man. Offering the 30-year-old a trial is perhaps the best way to deal with this. They can let Carroll use the club’s training facilities to get up to speed and in the process, Steve Bruce can keep an eye on the former Liverpool centre-forward. If he can stay fit and impresses in the trial, Carroll should be a good signing for Newcastle. Joelinton is bound to be Bruce’s main striker next season but Carroll should be a good back-up option. He has made over 200 Premier League appearances so knows the league well plus, according to stats by WhoScored, is far more prolific in the air than Joelinton. Carroll won 3.8 aerial duels per appearance last season at West Ham while Joeliton won 2.3 per appearance. Carroll was also dispossessed less often than the Brazilian, which shows how good his hold-up play. Carroll can offer something completely different to Joelinton, which is why the two of them could form a good partnership.