Borini swoop wouldn’t go down well at all

It’s not often that you can confidently say that signing a player from Italian heavyweights AC Milan would be a bad idea for a club like Newcastle United.

However, in the specific case that is about to be outlined, there are a multitude of reasons why the Magpies should steer clear of this Serie A star.

That’s a head-scratcher of a potential move for a few different reasons, with the main one being that the 28-year-old is a former Sunderland player, the Wearside team who are such fierce rivals of Steve Bruce’s side.

For that alone, the Newcastle supporters will surely be raging about this link. That is as fierce a rivalry as any in English football, and a dividing line that’s not easily crossed – especially for a player like Borini who had a penchant for scoring crucial goals for the Black Cats against Newcastle in the Tyne-Wear derby.

The second, and perhaps more crucial reason, why this is a move best avoided, is the fact that the former Liverpool man simply hasn’t performed well in recent years. At 28 years of age, he already seems like someone who is past his best.

As per WhoScored.com, when you compare his performances last season to those of Newcastle attackers Dwight Gayle (admittedly on loan in the Championship with West Bromwich Albion), Yoshinori Muto and new signing Joelinton with Hoffenheim, it doesn’t make for great reading.

The only major offensive statistical category where he topped the list ahead of that trio was the number of times he was fouled per game. His two goals last term was only better than Muto’s measly one.

So this is a potential signing that wouldn’t really improve Bruce’s team, and would probably serve only to rile up an already-frustrated fanbase. 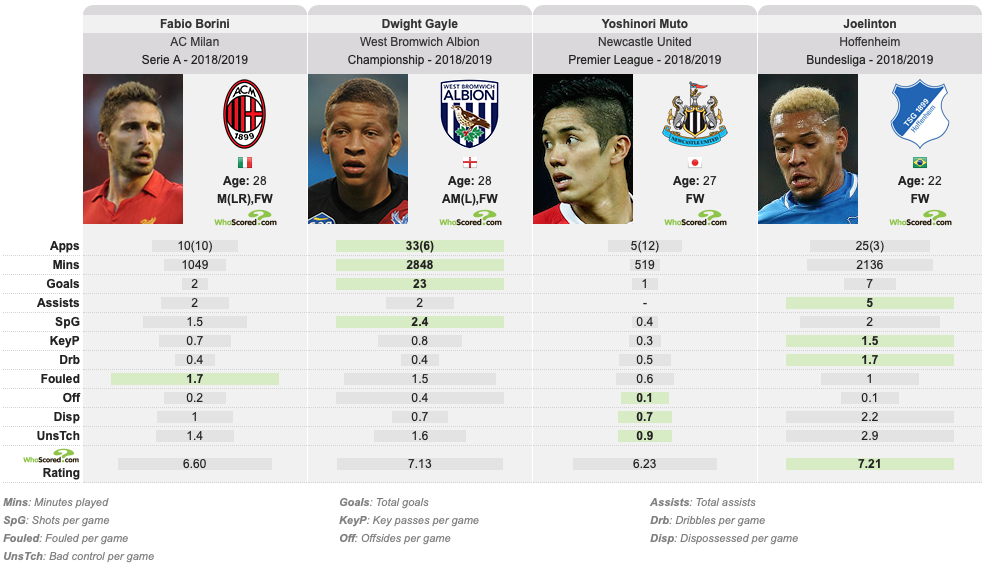