Ashley: Longstaff is not for sale 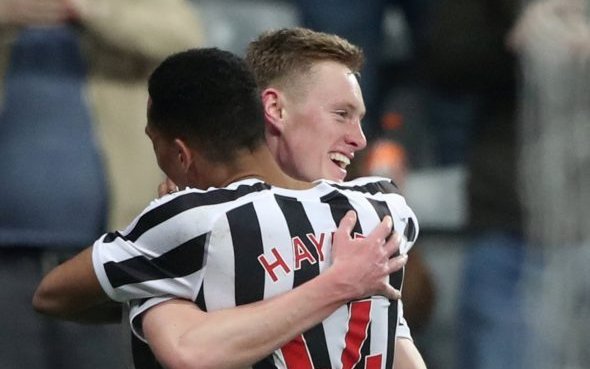 Sean Longstaff is not for sale, according to Newcastle United owner Mike Ashley.

The 21-year-old has been the subject of much speculation in recent weeks, with the Mirror claiming that Manchester United are looking to launch a fresh £30 million bid for his services.

But Ashley has insisted that the starlet is not going anywhere.

Speaking to the Daily Mail, he said: “The message we want to put out is that he is not for sale.

This would be reassuring if there was any level of trust between Newcastle fans and Mike Ashley. As it is, however, there is not, and his promises are not worth a jot to a fanbase that has become increasingly disillusioned this summer. The hope will be that Longstaff stays, obviously, and perhaps Steve Bruce’s appointment will make that more likely, with Ashley keen to keep his new manager happy during the honeymoon period of his tenure, but the controversial businessman cannot resist money, and if Man United come in with a big enough offer, who’s to say that his resolve won’t crumble? As for Longstaff, if he stays, build a team around him. The local lad recorded a pass completion rate of 80.9% last season, as well as an impressive 3.3 long balls per game [Whoscored], and if the Toon Army can get him and Jonjo Shelvey pulling the strings in the engine room, that could be a really exciting prospect.