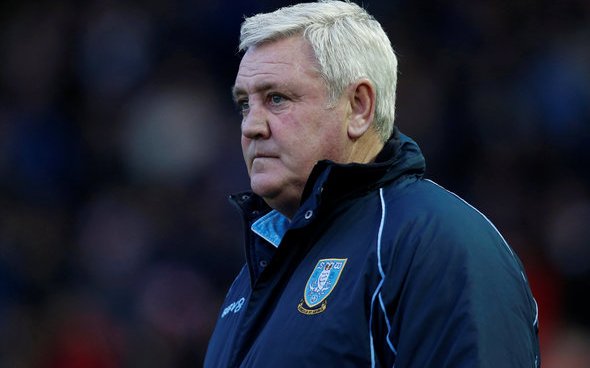 Alan Brazil clearly overestimates the current state of Newcastle United’s squad as he was baffled over why Steve Bruce is targeting full-backs and midfielders.

The Daily Mirror previously reported that Bruce’s transfer plans could see him pursuing full-backs, a zippy winger and a midfield enforcer; with the likes of Everton’s Yannick Bolasie and James McCarthy potentially options to consider.

Yet Brazil couldn’t understand why Bruce wasn’t going all out for two strikers to begin with, as he simply made a loud questionable noise when relaying that the Magpies manager wanted full-backs and midfielders recruited.

“He said his targets are full-backs and midfielders,” said Brazil on talkSPORT (7:11am, Thursday, July 18th).

“And I’m like mmmm, I thought he’d be going for two strikers to start.”

Has Brazil seen the Newcastle squad? Or did he watch the Magpies lose 4-0 to Wolves on Wednesday? As it’s kinda obvious why Bruce’s only area of concern isn’t the Magpies’ striking depart.

Newcastle do need to recruit new attackers after losing Ayoze Perez and Salomon Rondon who scored 23 of the 52 goals the Magpies scored in the Premier League between them (Source: Premier League), but just adding new forwards won’t leave the Magpies in great state.

For example, during the Magpies 4-0 defeat to Wolves; full-backs Jamie Sterry and Achraf Lazaar started the clash against Wolves and their lack of quality was exposed, even though it was just a friendly.

There’s a reason why Lazaar has only managed 10 appearances for the Magpies’ first-team since joining in 2018, and while Sterry is 23-year-old, he still looks inexperienced and it’s no mystery while he’s only made one Premier League outing so far.

While left-back Paul Dummett, who was on the bench, and right-back DeAndre Yedlin didn’t feature in the game, the fact Lazaar and Sterry did showed how worryingly too close to the first-team set-up they are.

At this stage, if Dummett, Yedlin or even Matt Ritchie, who dabbled as a left-wing back last season, were to suffer an injury, having Lazaar or Sterry as the first-choice cover, could see the Magpies exposed in the Premier League.

So signing new full-backs are a must.

As for Bruce’s need for new midfielders, is anyone surprised apart from Brazil?

After all midfielder, Mohamed Diame is no longer with the Magpies and he was regularly called upon last season to be the club’s defensive presence in midfield.

The experienced midfielder made 29 league outings in his latest campaign, racking up 78 tackles (Source: Premier League), and he needs replacing.

And that’s before you consider that fellow midfielder Isaac Hayden, who played 28 times last season, previously was quoted by the Daily Star as saying that he believes he would “be going” this summer.

So when you consider that, Brazil is overestimating the current Magpies’ squad as their need for new midfielders and full-backs, is just as important as their need to boost their firepower.