Vinnie Jones has clearly put the cat among the pigeons by claiming he wouldn’t be surprised if Mike Ashley considers Roy Keane as an option to succeed Rafa Benitez at Newcastle United.

The football icon made the remarks on Ashley and the currently unattached 47-year-old manager when responding to the Magpies officially confirming that Rafa Benitez will leave the club on June 30th when his contract expires. 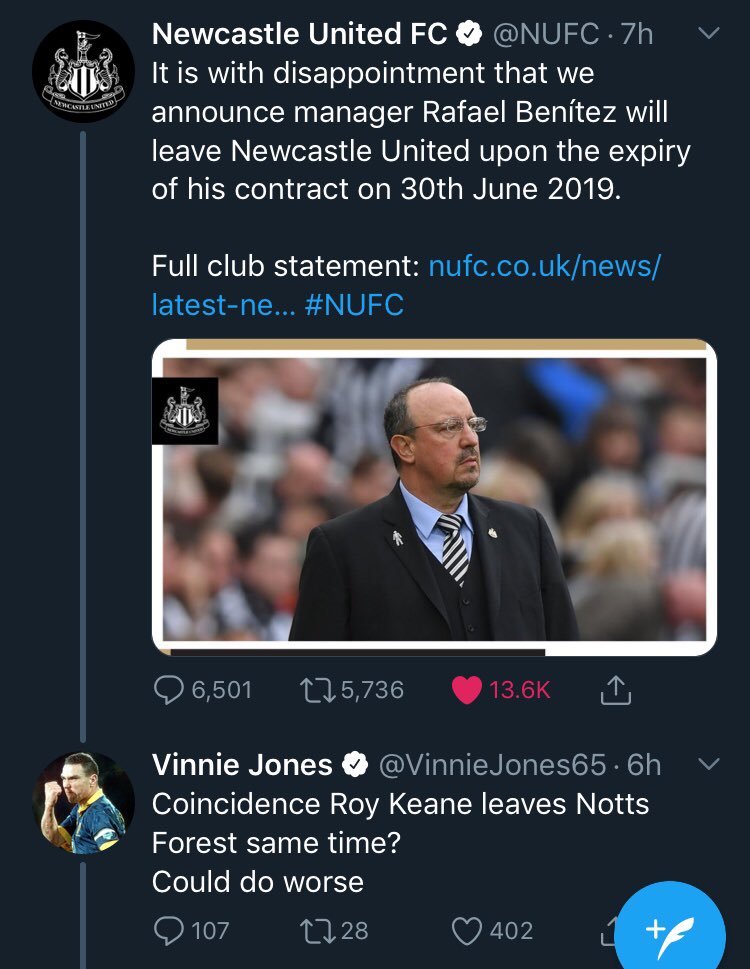 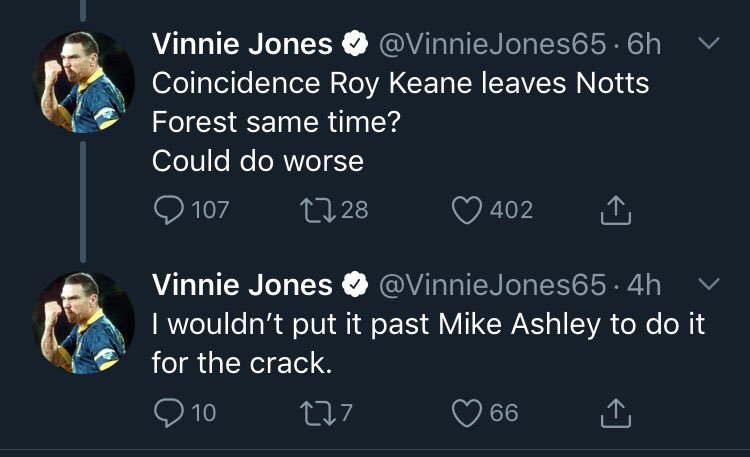 “I wouldn’t put it past Mike Ashley to do it for the crack.”

However, surely Jones is just making Newcastle fans sweat as even Ashley would surely know that hiring Keane as manager wouldn’t go down well, and would likely not work out.

Firstly, Newcastle fans are bound to be against Keane arriving given his Sunderland connections.

The 47-year-old managed the Magpies’ archrivals between 2006 and 2008, and helped Sunderland rack up the Championship title.

Keane won 42% of the 100 games he was in charge of at Sunderland, as per managerstats.co.uk, and notably guided the side to a 2-1 win over the Magpies; so it’s fair to say he isn’t a welcomed face at St James Park.

The former Sunderland boss also notably blasted Newcastle United fans and the club in his 2014 book, and it’s unlikely fans have forgotten that.

“I always had a bit of hassle against Newcastle. I’d been sent off twice up there. I’d had my battles with (Alan) Shearer and Rob Lee,” wrote Keane, as quoted by the Chronicle.

“I always thought they were an arrogant bunch, for a club that had won **** all. We always got decent results at St James’ Park; it wasn’t a bad place to play. But as for the Toon Army, the Geordies and the hostile reception – I never fell for all that ****.”

Aside from his previous negative history with Newcastle, Keane wouldn’t go down well as it would be a bit worrying to hire someone who hasn’t been a manager at a club since 2011.

While Keane has worked with Martin O’Neill with Ireland and Nottingham Forest, having been out of the manager’s games for so long, how could he possibly follow someone as experienced as Benitez, especially when you consider he secured comfortable finishes in the Premier League for the Magpies.

So when you consider all that, Jones is clearly putting the cat among pigeons to even mention Keane, Ashley and Newcastle in the same breath.