Steve Harmison may regularly find himself being a pundit on talkSPORT when it comes to cricket, but perhaps he should keep his opinions on football to himself based on how some Newcastle United fans reacted to his latest remarks. Harmison, who is a lifelong Newcastle United supporter, shared he didn’t think his fellow fans would “forgive”, as quoted by talkSPORT, Rafa Benitez if he broke their hearts by leaving the club in the near future. Harmison claimed that if Benitez loved the Magpies as much as he said he did, then he didn’t envision the Spanish manager walking away. The pundit’s remarks saw him blasted by a section of Magpies fans with one claiming Harmison had gotten it all wrong. Several Magpies slammed Harmison and revealed that they would be sad if Benitez left but they wouldn’t hold it against him; with one stating they’d blame Mike Ashley if the club lost the manager. It’s easy to see why Magpies fans disagreed with Harmison, as Benitez is well within his rights to pack his bags. If the manager doesn’t think he’ll be handed the tools to improve the club, after guiding them to a 13th-placed finish in the Premier League, why should he stay? 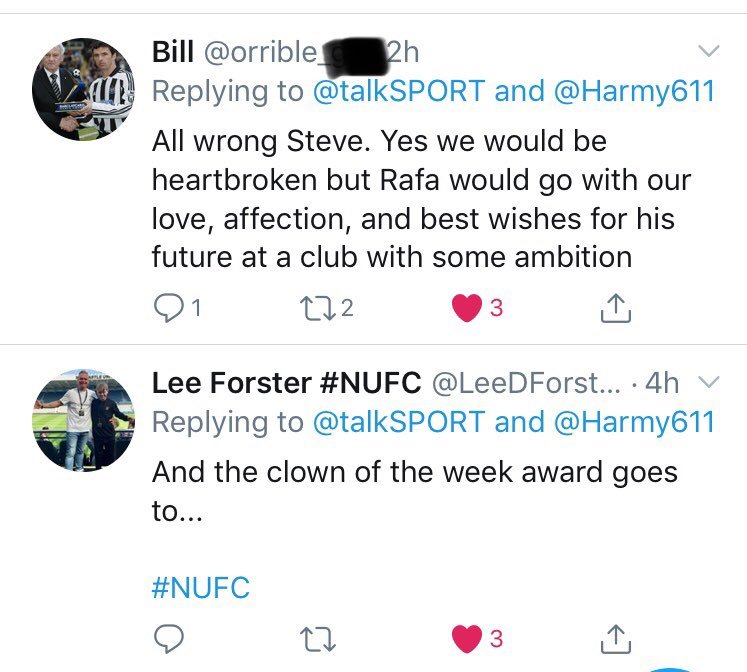 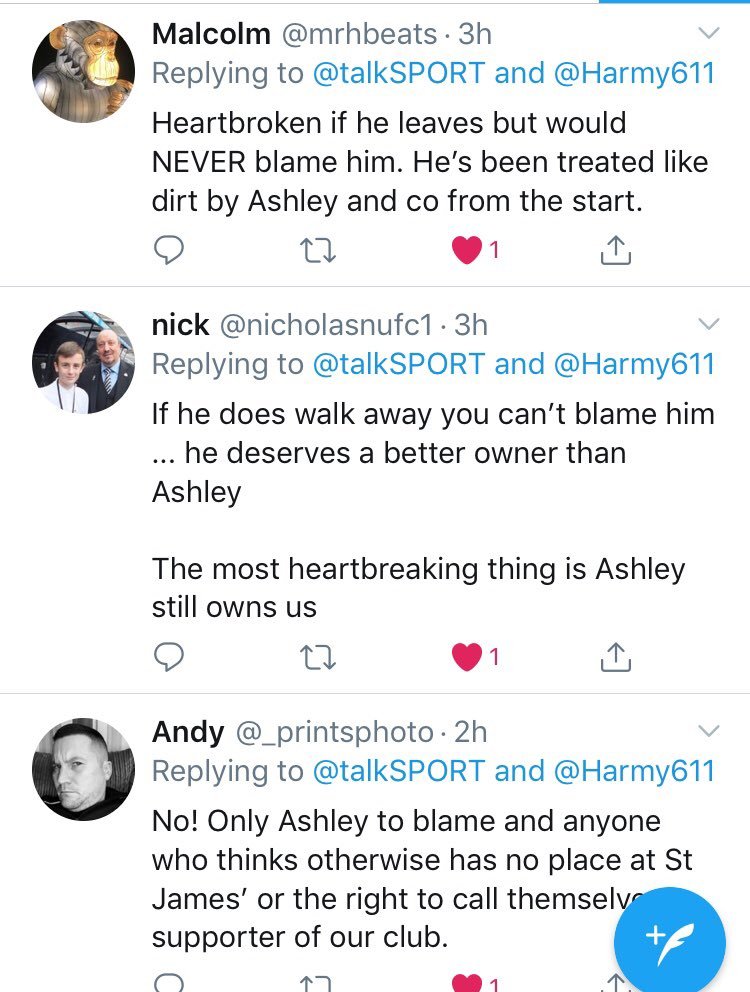 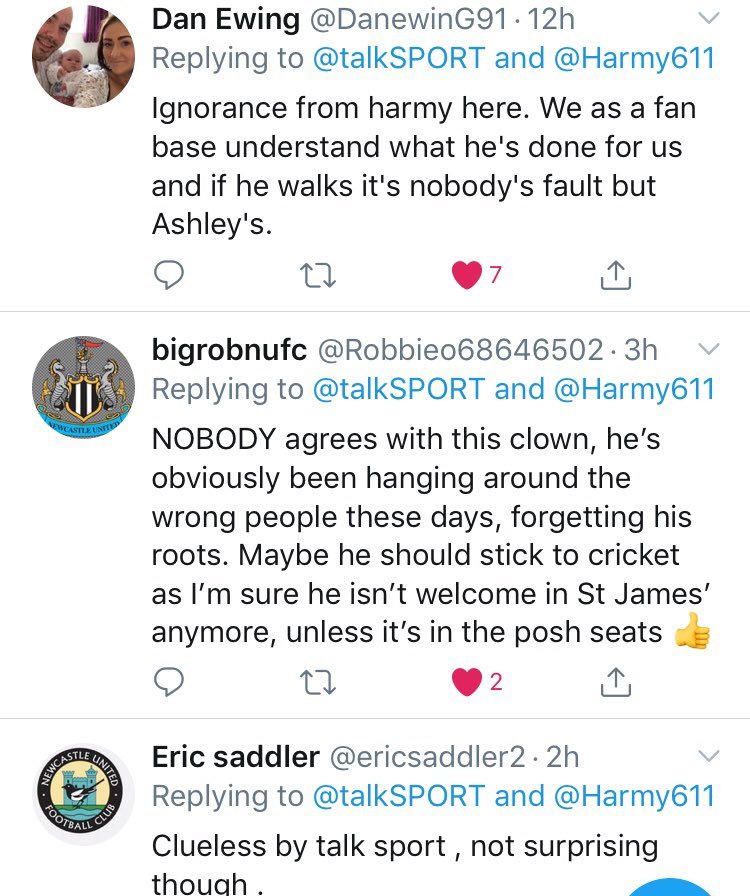 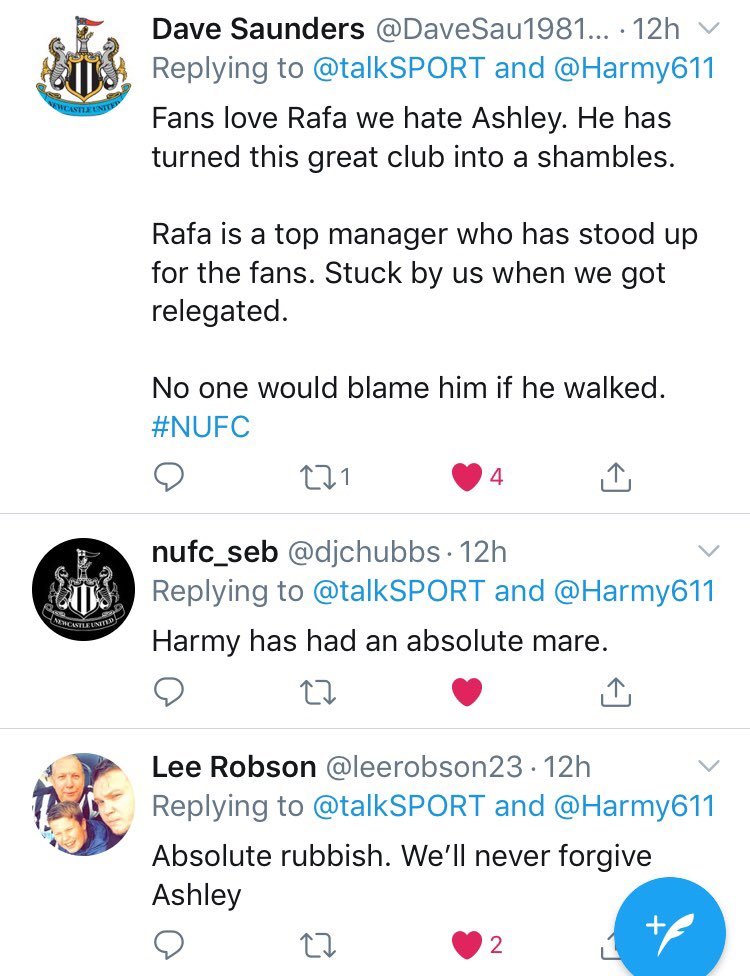