Salomon Rondon was one of the bright sparks in Newcastle United’s campaign last season. After failing to win in their opening 10 fixtures, the Venezuelan created a fine partnership with Ayoze Perez to fire the Magpies up the Premier League. Once Miguel Almiron joined to make that partnership a trio, Rondon really came into his own as the lone striker. His physicality was pivotal to the way Perez and Almiron linked up and many goals were scored off the back of his hard work. Rafael Benitez was determined to turn his loan spell into a permanent deal, and Mike Ashley seems to have shared the same idea with reports suggesting Newcastle have had a £9.4million offer rejected for the 29-year-old, in the same week the Spaniard left the club. With West Brom holding a £16.5million release clause on Rondon, it comes as no surprise to see that the offer was rejected. Many Newcastle fans reacted to the news on Twitter, shaming their club, claiming such an offer was embarrassing. One fan slammed Ashley by saying: “I think Charnley and Ashley are still stuck in 2011 when we accidentally got talented players for cheap.” 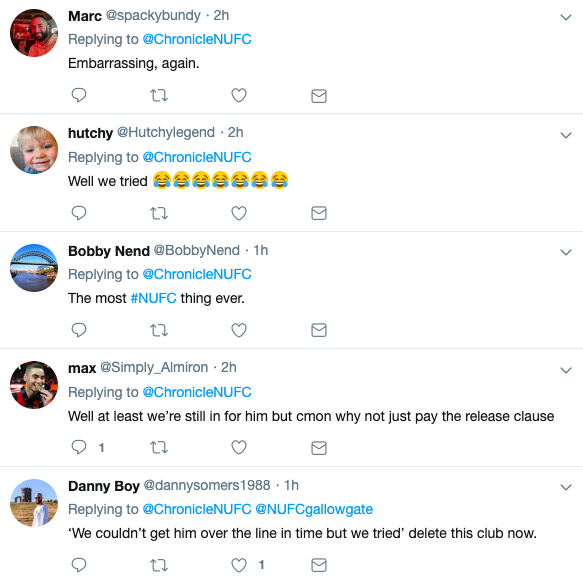 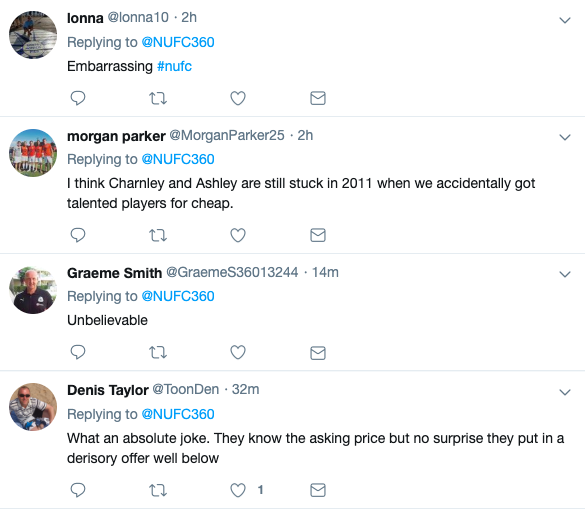