Bristol City centre half Adam Webster is an excellent player and he’d certainly add a lot to any Premier League outfit.

It seems that Newcastle United are of that opinion, too. The Sun reported on Sunday that the Magpies and Aston Villa are interested in signing the player, and have been for some time, but that Premier League heavyweights Everton have also now come in for the player.

The Robins are thought to want bids of more than £10million for the 24-year-old, but that would appear to be a snip on the face of it for one of the Championship’s standout defenders in recent years.

Unfortunately for the Toon Army, Everton’s interest represents a real blow to their chances of signing the Englishman. Villa would have been stiff enough competition as it is, but the Toffees are an entirely different kettle of fish.

It seems, though, that Newcastle cannot move on any potential signings until the manager’s situation is sorted out. Rafael Benitez has mere days left on his contract with the club and so obviously they can’t begin signing players when they don’t know who the manager is going to be next season.

It’s for that reason that the Magpies faithful will be the picture of frustration at the moment. Webster would be a terrific signing, but the club could miss out on him due to the uncertainty on Tyneside.

Webster is a Premier League centre back in waiting. As per WhoScored, he completed more interceptions and won more offsides per game this season than Newcastle trio Florian Lejuene, Jamaal Lascelles and Federico Fernandez, while he only trailed the Frenchman in tackles per game.

Unfortunately, Everton are now in the hunt and will likely present formidable competition for the player’s signature. Will the Magpies be able to hold them off? Giving what’s going on at the club, you’d have to say it’s unlikely. 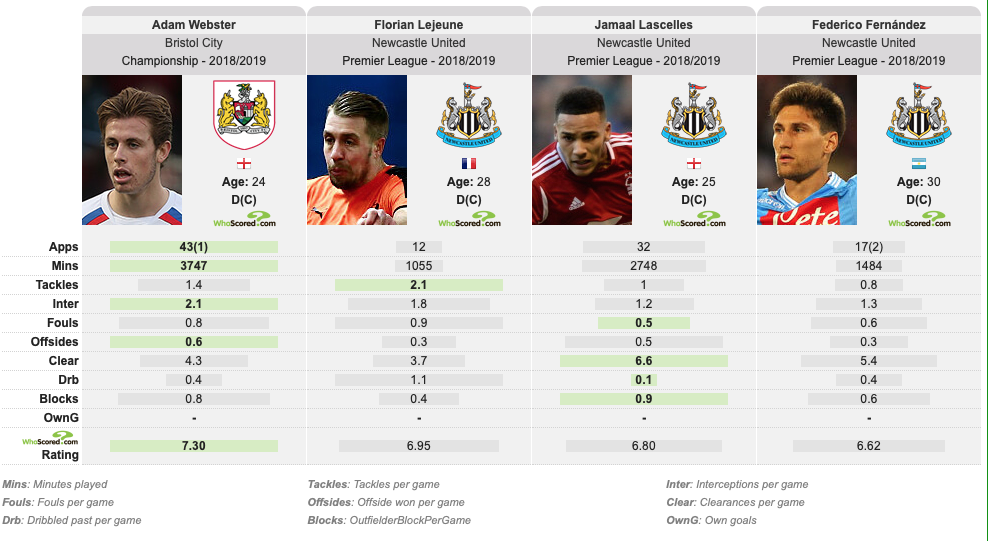