Newcastle should show Fernandez the door

For any supporter, you don’t want a player at your club who doesn’t want to be there. When said player is about fourth choice in his position, then you definitely don’t want him.

That’s the situation that the Newcastle United fans are in with centre back Federico Fernandez at the moment. The Sun reported on Tuesday that the Argentine is unhappy with the club’s handling of manager Rafael Benitez’s contract situation and is open to offers to leave as a result.

You can’t blame the 30-year-old for being irritated with how the Magpies dealt with Benitez. The club have lost a world class manager and someone who bought Fernandez to the north east and also had him at Napoli. He was always going to be upset when the Spaniard left.

However, the cold hard fact remains that Fernandez doesn’t get in the Newcastle team when everyone’s fully fit. So if he’s eyeing the St James’ Park exit door, then Newcastle must hold it open for him.

Simply put, Fernandez isn’t as good a player as the Magpies’ other centre backs Jamaal Lascelles, Fabian Schar and Florian Lejeune. He started off last season OK after his move from Swansea City, but things quickly unravelled for him.

As per WhoScored, the former Swansea man didn’t lead the aforementioned trio in any significant defensive statistical category. Lascelles averaged the fewest fouls per game, drew the most offsides, made the most clearances and blocks, and was dribbled past the fewest number of times.

Schar, on the other hand, averaged the most tackles and interceptions per game, while the Switzerland international had the highest WhoScored rating of all four players. Fernandez even trailed Lejeune in all but two of the defensive categories.

Clearly, it wouldn’t be the worst thing in the world if the Argentine international was allowed to leave the club this summer. In fact, if they can get a few million for him, then it would be a tremendous deal. At the end of the day, if Fernandez doesn’t want to be there then the club should move him on. 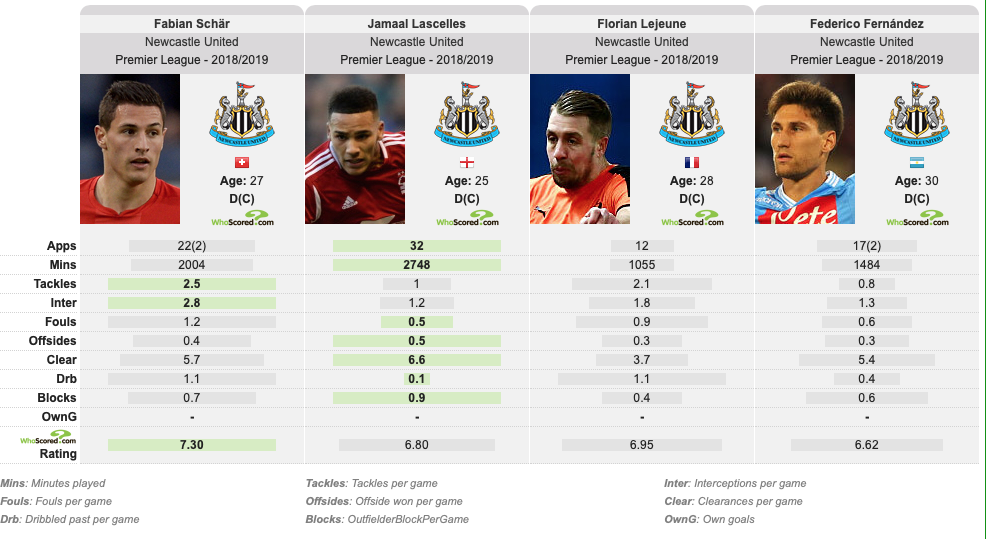