Many Newcastle United fans are suggesting that Lee Bowyer could be their next manager after Charlton confirmed that the 42-year-old will leave The Valley once his contract expires. Charlton have announced via their official website that Bowyer is set to quit, which has led to speculation among the Toon Army on Twitter about him potentially replacing Rafa Benitez at St James’ Park. Benitez’s future is still in doubt as his contract expires in less than two weeks. Bowyer did a good job at Charlton. He won promotion from League One after beating Sunderland in the play-off final. As a former Newcastle player, the Toon Army loved to see him pull off that win at Wembley to keep the Black Cats in the third-tier. Would he make a good manager for Newcastle? Maybe. He’s inexperienced but has done well so far in his short managerial career. Newcastle fans definitely want to keep Benitez, but if he does go, a former player who is a young up and coming manager might not be a bad shout.

well theres our next manager sorted for when Rafa leaves

Cashley gonna give him a call. Now he has a promotion on his CV. 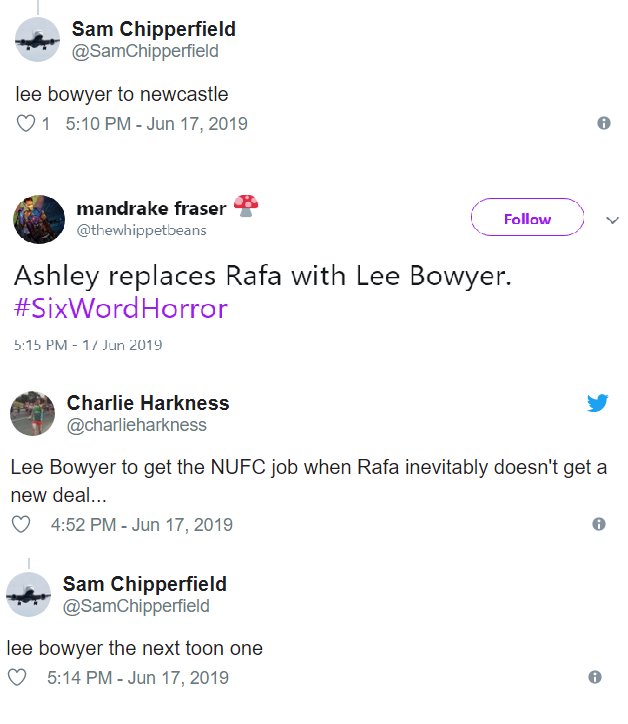