Ayoze Perez enjoyed one of his most prolific years at Newcastle to date last season, with the Spaniard playing a major part in the Magpies’ revival. After not winning in their first 10 Premier League fixtures, the 25-year-old formed a great partnership with Salomon Rondon and Miguel Almiron to spearhead a push up the table. Losing the striker they signed from Tenerife would be a big step back for the club, especially after losing Rafael Benitez on Monday. Perez is one of the club’s last recognised strikers, and would leave Newcastle with a busy end to the transfer window should he be allowed to leave. The Independent have reported that Perez is willing to leave the club after Benitez’ departure, and favours a move to Valencia. This would be disastrous for Newcastle with many of their fans seeming to agree on Twitter, as they voiced their concerns over the reported £20million offer they could receive, claiming their main forward is worth much more. One fan said: “£20m. He’s worth more than that surely.”

NothingbutNewcastle picked out some of the best responses below; 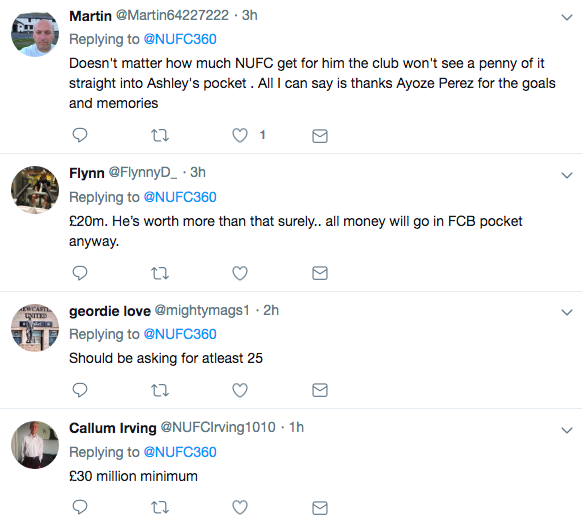 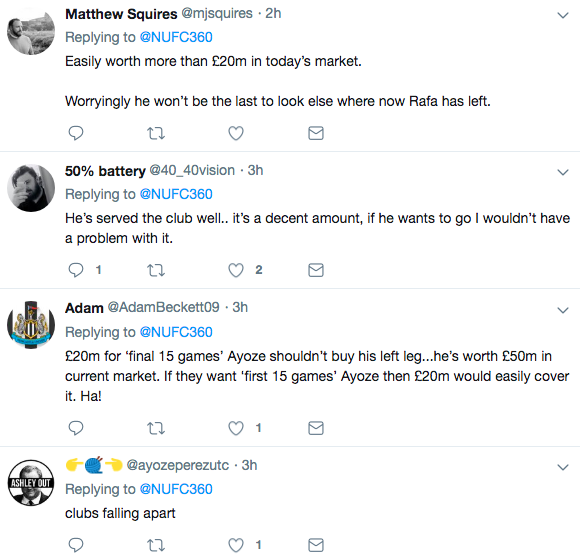