For all the frustration and heartache that Mike Ashley has brought with him to Tyneside, this summer arguably represents the most testing time yet for supporters as his disastrous tenure continues to rumble on. With Rafa Benitez leaving the club at the end of his contract, as announced through the Magpies’ official Twitter on Monday afternoon, and with little sign of the widely reported Middle Eastern buyout coming to fruition anytime soon, this could prove to be a summer that echoes through the history of the club for all the wrong reasons. Perhaps most worrying, however, is the fact that things might only be getting started. It’s hard to see any new transfers on the horizon, and according to Spanish outlet Estadio Deportivo, Sevilla’s director of football, Monchi, is on his way to England to try and tie up a double swoop for Ayoze Perez and Florian Lejeune. That is just about the last thing that many fans will want to hear, and with Ashley’s propensity for prioritising profit, it’s easy to foresee him going all out in the asset-stripping while he still can. The main concern here will be that the Toon Army are left rudderless with a skeleton crew. That possibility is worryingly close. 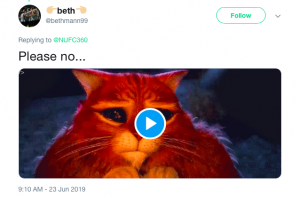 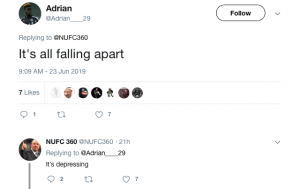