Italian outlet Tuttosport, via the Daily Mail, came out with a bizarre story stating that Chelsea were considering appointing Newcastle United manager Rafael Benitez and that his appointment at Stamford Bridge to replace the outgoing Maurizio Sarri is imminent. The Italian, of course, is widely expected to join Serie A champions Juventus this summer. Benitez’s contract at Newcastle is currently scheduled to run out at the end of this month, so it’s no surprise to see him linked with alternative employment, but at Chelsea? Surely not. He already had a six month spell with the Blues between November 2012 and May 2013, when he was appointed on an interim basis, steadied the ship and went on to lift the Europa League. He did a fine job in west London, but was reviled by the club’s supporters for his time with Liverpool. The Chelsea fans absolutely loathed him, so why would he want to go back there? That seems to be the feeling amongst the Magpies faithful, who, by and large, see this story as absolutely nonsense. 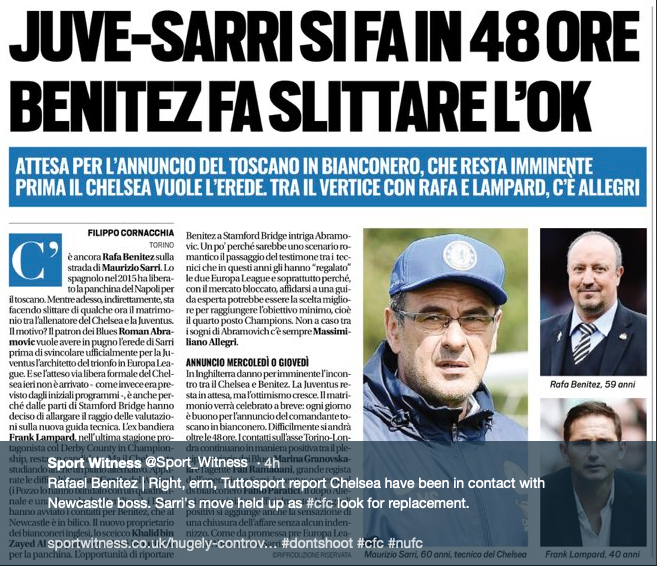 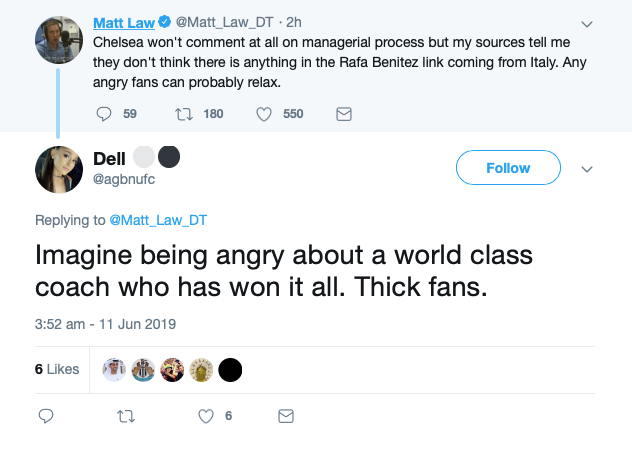 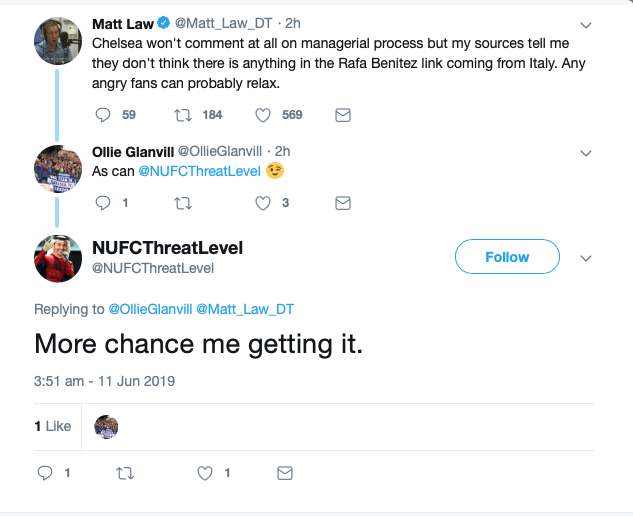 The worst roumer I've ever heard. Like he would go back there. They hated him he couldn't wait to get out whilst throwing a trophy in the cabinet on the way out. How do these journalists earn a living

Plus no Chelsea fans wanted him there first time round.. why would they now?

What are the journos at Tuttosport on? Would Rafa go back to a club where's he hated and wouldn't be able to spend with the transfer ban? Nonsense.

After the way they treated him? Shocking #nufc

What a load of absolute rubbish, they hated him when he was manager first time around, why would he go back?you can tell there’s no rumours going round when you make this rubbish up