Just as you thought this week couldn’t get any more hectic for Newcastle United, along came Joey Barton. The Fleetwood Town boss has always been in the center of controversy throughout his career, whether that be at St James’ Park or elsewhere. The former Magpies midfield man was reported by the Chronicle to have put his name into the hat for the current Newcastle job but quickly shut down the rumours on his personal Twitter account. Barton said: “Not entirely sure that’s true… That’s what I actually said!” The Fleetwood job is Barton’s first in his managerial career and he denied the rumours linking him to the club, revealing he is still learning his trade as a young manager. After Newcastle confirmed the departure of Rafael Benitez on Monday, plenty of candidates have stepped forward including former Feyenoord boss Giovanni van Bronckhorst. The Magpies must show their ambition and make a move for an experienced boss who can use the transfer market effectively and push on from where the Spaniard left off in the North East. Many Newcastle fans were quick to respond to the rumours linking Barton with the job on Twitter on Wednesday, with one fan saying: “You’re still welcome back mate.”

Not entirely sure that’s true…

That’s what I actually said! 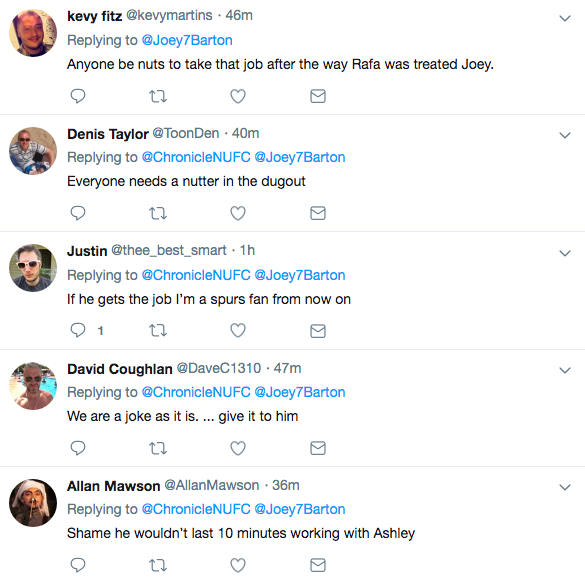 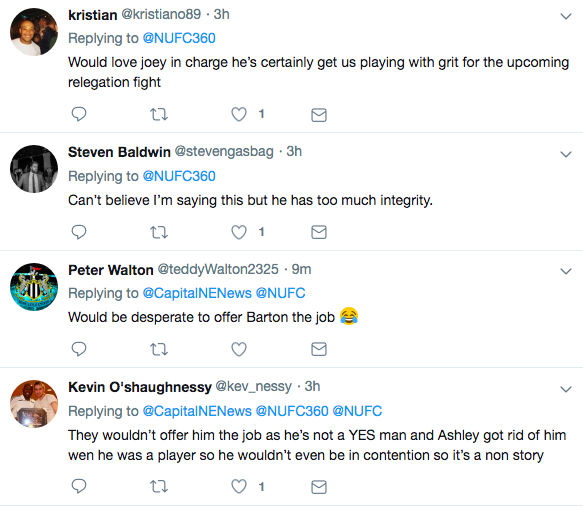