The Times published a report on Thursday that revealed that Newcastle United are charging a Premier League-high £65 for their replica home shirt ahead of next season. It’s safe to say that the Magpies supporters aren’t particularly happy with what they see as yet more blatant money-grabbing from the club’s owner Mike Ashley. To be fair, football shirts in general are priced ridiculously. It’s a joke how much fans have to pay just to wear their team’s colours – particularly as the shirts change every single season these days. But for Newcastle, who are seemingly reluctant to give manager Rafael Benitez any significant resources to improve the squad, the training ground and the stadium, this rankles in the extreme. That is why the supporters are so upset, as well as their natural antipathy towards the Sports Direct tycoon. Plus, the reaction from the fans to the shirt when it was released was lukewarm to say the least, so there you go. 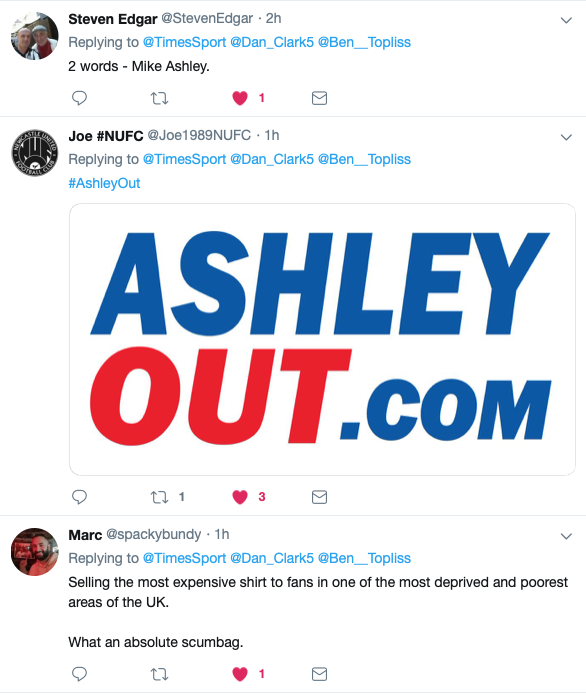 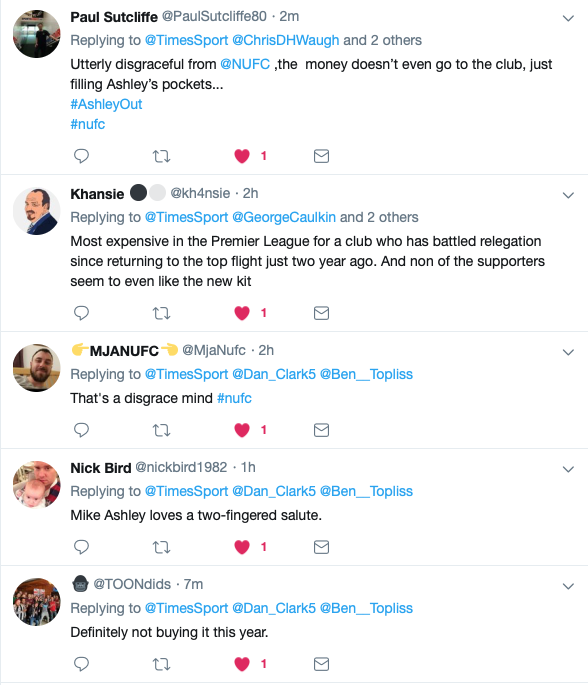