The Daily Mirror released a report on Saturday that claimed Newcastle United owner Mike Ashley has said it is the fault of prospective new Magpies owners the Bin Zayed Group that manager Rafael Benitez is leaving the club. It was announced on Monday that the Spaniard will depart when his contract expires this Sunday, and Ashley claims the BZG told him that they didn’t want Benitez as their manager. Therefore, to avoid annoying the BZG by handing Benitez a new deal and effectively forcing them to pay his £6million compensation fee for sacking him, he simply allowed the former Liverpool boss’s contract to run down. The Toon Army, it’s safe to say, haven’t reacted very positively to this report. They have immediately picked the holes in Ashley’s line of thinking. For example, why is he doing the BZG’s bidding when there’s no exclusivity over their negotiations? Surely that would limit his negotiating power with other potential buyers? One fan called him an ‘evil genius’, but genius might be pushing it. 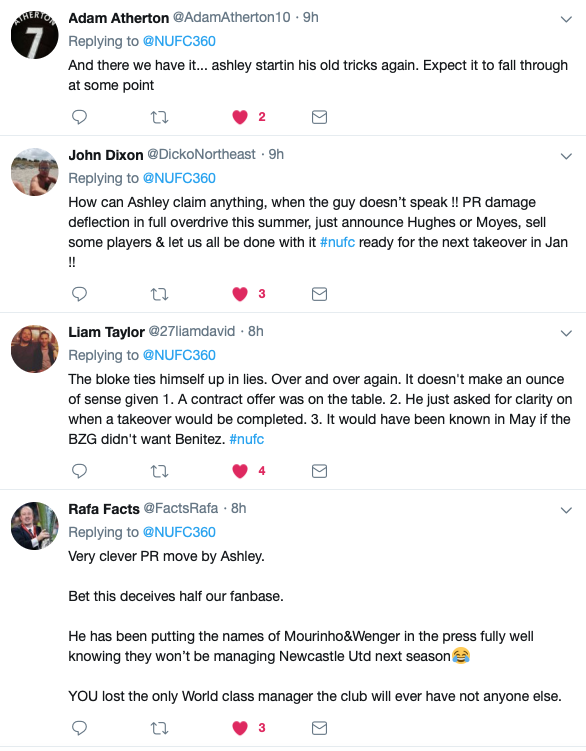 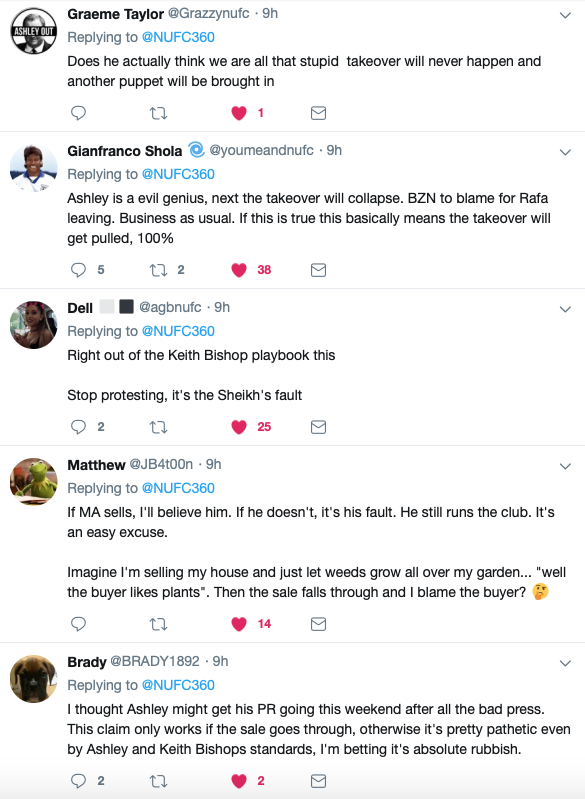 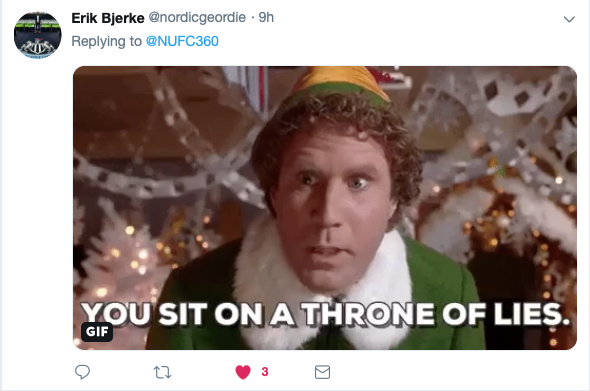