Newcastle fans must be concerned about Lejuene links

Newcastle United centre half Florian Lejeune is a tremendous player, a top class defender who fits perfectly in this Magpies team.

The club’s supporters would be loath to lose him, of course, but it’s inevitable that other teams would be casting admiring glances at the Frenchman.

Estadio Deportivo reported on Sunday that Sevilla transfer guru Monchi has flown to England to try and negotiate a number of deals. Two of the players he is said to be looking at are Newcastle’s Ayoze Perez and Lejeune.

That is hugely alarming for the Magpies and the fans will no doubt be sweating about this one. However, Lejuene is the man they should really be worried about losing.

That’s not to say that Perez wouldn’t be a huge loss to Rafael Benitez’s team, he obviously would, but Estadio Deportivo’s report states that Lejeune is a player Sevilla have a history with. In fact, they’ve tried to sign him twice already, including last summer.

It would be devastating for Newcastle to lose a player of Lejeune’s quality, a cultured defender who forms a crucially important part of this Magpies team.

As per WhoScored, Lejeune is the man who contributes the most out of Newcastle’s defenders when it comes to bringing the ball out from the back and starting moves from defence.

The 28-year-old leads his central defensive partners Fabian Schar and Jamaal Lascelles in key passes per game, average passes per game, crosses, long balls and throw balls per game. Those are stunning statistics that showcase Lejuene’s importance to Benitez’s team.

Take the former Eibar man out of the Magpies defence and you lose a key element of it. However, that is now a serious possibility with a team the size of Sevilla circling.

Simply put, Newcastle have to keep him. It would be disastrous to lose a player of his quality who the team have stuck by through serious injury problems. 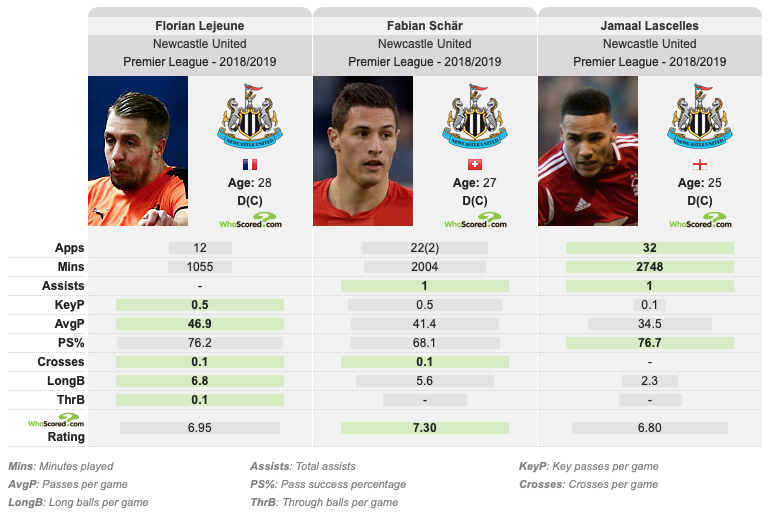