Newcastle United supporters have taken to Twitter to drool over striker Salomon Rondon, after the 29-year-old scored a brace to become Venezuela’s all-time leading scorer in his nation’s 3-0 against the USA. Rondon was in exceptional form throughout the game and simply bullied the defence of the USA and has rightly had Newcastle fans in awe of his performance. That kind of display is something that will not surprise supporters of the Magpies, with the striker enjoying an excellent season on loan at St James’ Park from West Bromwich Albion reaching double figures for Premier League goals. Newcastle are believed to be keen on re-signing the forward, and if they needed any more evidence of why they should go all out to ensure his permanent signature, then he certainly showed why with his performance against the USA. That performance has got Newcastle supporters urging the club to make a permanent move for Rondon this summer, but with the future of the club’s ownership and Rafa Benitez still unclear, some Newcastle supporters fear they will have seen the last of the Venezuela international at St James’ Park.

Nothing But Newcastle rounded up some of the best Tweets bellow: 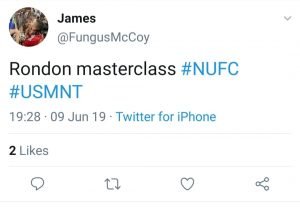 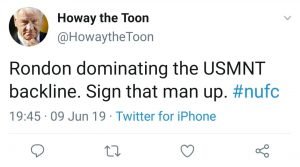 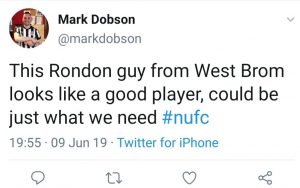 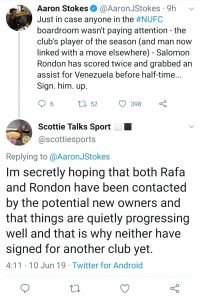 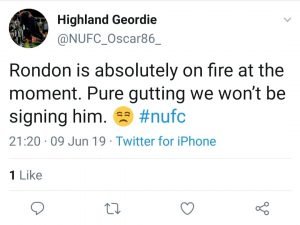 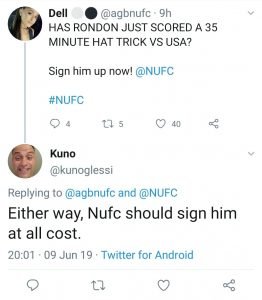 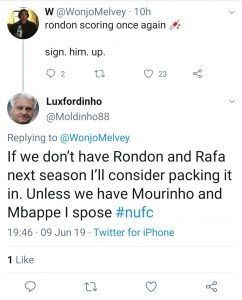