Newcastle United’s official Twitter account posted a photo on Wednesday of Magpies winger Miguel Almiron and Argentina star Lionel Messi with the caption ‘A football genius and Lionel Messi’. It was a humorous tweet from Newcastle, to be fair. Obviously Messi is 10 times the player Almiron will ever be, but the Magpies ace gave the Barcelona legend as good as he got in their countries’ 1-1 Copa America draw. It took a second half penalty from Messi to spare Argentina’s blushes and secure them the stalemate, whereas Almiron was effervescent and set up Paraguay’s goal with a stunning solo run down the left hand side of the pitch. So the two men both contributed to the game in different ways. However, if you’re asking who the genius is between the two men, it’s obviously Messi. But this is just another example of a football team trying to excel at social media, something we are seeing more and more often in this day and age. 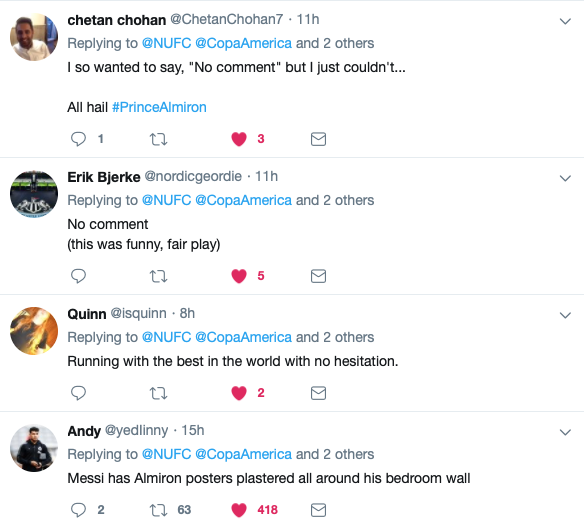 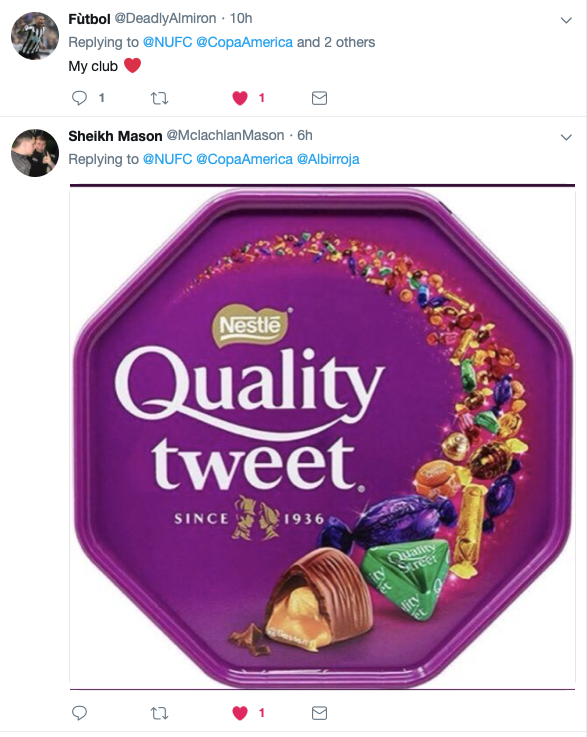 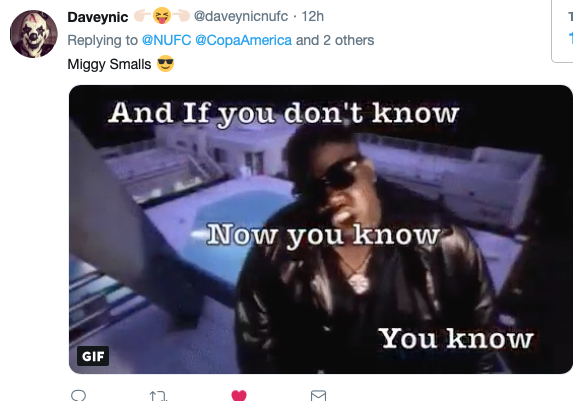