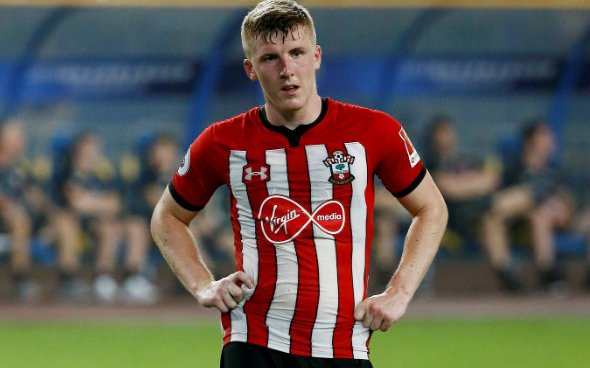 Newcastle United and Aston Villa are among some of the clubs that seem destined to miss out on signing Southampton’s Matt Targett this summer based on the latest development regarding the left-back’s future at St Mary’s.

According to a report by TeamTalk earlier this week, the Magpies and the Villans – as well as Arsenal, Liverpool, Leicester and Fulham – had been eyeing up a summer swoop for the 23-year-old.

Newcastle had even reportedly held talks to snap up the defender and it was understood that he’d been told that he would have to earn more first-team football if he was to ever stand a chance of playing for England.

It seemed logical that Targett would leave St Mary’s if that was the case.

What 23-year-old English doesn’t want to play for the Three Lions? Players would more than likely do exactly what they’re told to do to stand a chance of earning a senior debut for their nation.

He made 21 appearances in all competitions for Southampton last season but started just 13 times in the Premier League, mainly during a spell when first-choice left-back Ryan Bertrand was suffering from a back injury.

So a summer move for Targett did seem like something that was on the cards – until this latest update.

The Daily Mail has now reported that Bertrand could be on his way out of St Mary’s this summer amid interest from Inter Milan and Atletico Madrid.

The newspaper then claims that Southampton’s plan to replace Bertrand would be to promote Targett to be the their first-choice at left-back.

If Targett becomes Ralph Hasenhuttl’s go-to man at left-back, why would he need to quit the Saints?

The former England youth international was born in Eastleigh, not far away from Southampton and has spent his entire career, bar a loan spell at Fulham, with the south coast club.

It is a shame for the Magpies because Targett is a good left-back.

According to WhoScored, he is a fine crosser of the ball and averaged 1.4 crosses and 1.4 key passes per league match in the 2018/19 campaign.

Rafa Benitez likes to play with target men up front who are good in the air.

Salomon Rondon stood out for the Toon while on loan from West Brom last term and Benitez has also made use of other tall strikers like Aleksandar Mitrovic and Daryl Murphy during his time at St James’ Park, so signing a full-back who can provide a steady stream of successful crosses would have been a clever move.

However it does appear as though Benitez, or whoever will end up in charge of Newcastle, will be missing out on snapping up Targett before next season starts.

Although as it’s something that most Newcastle fans love to see in their part of the world, it’s hard to deny that Targett deserves the chance to shine for his boyhood club next term as he chases his England dream.