Before his recent departure, Rafael Benitez introduced a five at the back system at Newcastle United, in a decision that saw them rise up the Premier League table.

Instead of out-and-out wingers, the Magpies opted for attacking full-backs – with Matt Ritchie and Javier Manquillo securing their spots in the Spaniard’s plans.

DeAndre Yedlin could have counted himself unlucky towards the end of the season, as an injury led to him missing out of Benitez’ plans.

CBS Sports writer Roger Gonzalez revealed on his personal Twitter account on Friday that the American international could leave the North East this summer, with clubs from Spain, France, and Germany all interested.

Little #USMNT news. With the mess going on at Newcastle, do not be shocked to see DeAndre Yedlin explore his options and maybe move this summer. Am told there is interest from clubs in Spain, France and Germany.

Yedlin’s potential exit could be soothed by Manquillo, who filled in when the in-demand 25-year-old picked up his injury to great effect – as Newcastle nearly edged into the top-half of the table.

Looking at the defensive duo’s stats via WhoScored, the Spaniard competes with Yedlin in every department and there isn’t much difference between the pair. 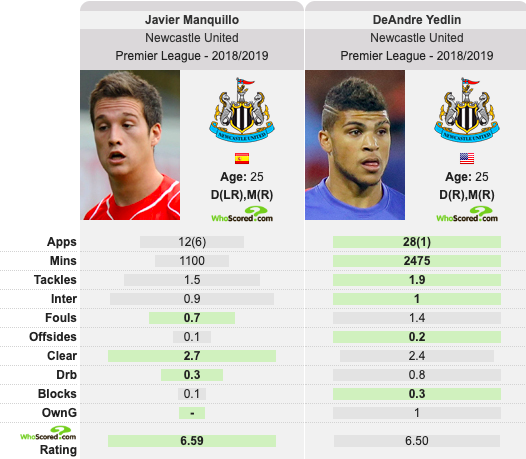 Manquillo actually averaged a better match rating in the Premier League last season and bettered Yedlin in terms of clearances, while also being dribbled past fewer times in defence.

An important part of the wing-back role is the ability to launch attacks as well as defending. The £35,000-per week ace [Spotrac] isn’t as confident going forward, but with a new manager in charge next season, a change of system could favour the Spaniard and see step up in style. 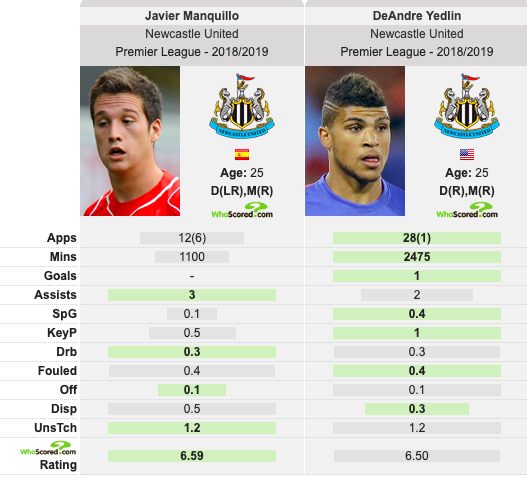 There is no disputing the fact that losing Yedlin would effect Newcastle should they stick in a five-at-the-back, but a change of system would see Manquillo fit in perfectly and soothe the potential exit of the American.