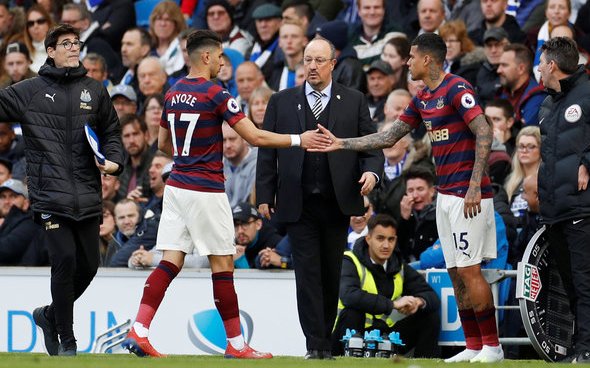 Sampdoria have had a bid rejected for Newcastle United target Jan Hurtado as their asking price is revealed, according to Fox Sports.

The online outlet claim that Gimnasia La Plata turned down an offer of £4.4million from Sampdoria, as they value the 19-year-old forward at nearly double their offer at £7.9million.

Fox Sports report that a number of other clubs remain interested in the young Venezuelan, who has been in Argentina since 2018.

Newcastle were first reported by the Argentinian radio station 221 Radio to hold an interest in the starlet, with Rafael Benitez contesting with Marseille and Atalanta for his signature. 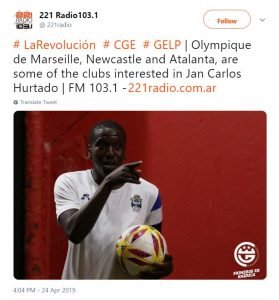 Hurtado hasn’t exactly stolen the headlines this season, scoring two and assisting a single goal in his 17 appearances.

There is clearly a very long queue to secure the signature of Hurtado. Sampdoria’s bid comes out of the blue after only Marseille and Atalanta were meant to be challenging Newcastle for his services this summer. With the Italian club only placing a bid of £4.4million, it seems they were testing the resolve of Gimnasia, who have named their price at nearly double what Sampdoria bid. £7.9million would be a big bargain for Hurtado who has impressed despite his poor record in front of goal for his club. At only 19-years-old, the Venezuelan does hold great potential and a move to St James’ Park could see him link up with Salomon Rondon should the Magpies start their transfer business soon. With Benitez’ future still not secure, there will be no doubt that any potential moves to sign players will be affected, and with clubs now starting to bid for Hurtado, Newcastle are slipping down the pecking order in the race.