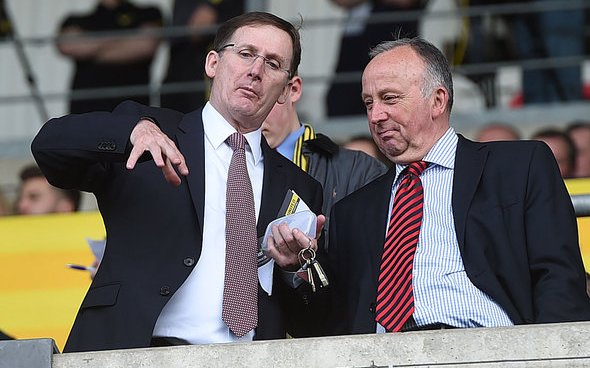 Benitez’s men infamously took a couple of months to get their first victory of the season, and Roeder believes that the Spaniard was fortunate to have been kept on at that point.

“That was the case with Pards but once he got another opportunity he slipped out of town very quickly to Crystal Palace. Mike Ashley stuck by Rafa when it would have been easy to get rid of him.”

Roeder is way off when he says it would have been easy for Ashley to have gotten rid of Benitez at the start of the season. It wouldn’t have been easy at all. He would have faced a huge backlash from the supporters and pundits who were all well aware that Newcastle were struggling because Benitez wasn’t backed sufficiently in the summer transfer window. It would have been a colossal mistake to have sacked the former Liverpool boss, which has been proven by how well his team have done since those tricky couple of months at the start of the campaign. As for Pardew ‘slipping out of town’, that was an interesting case. It was clear that Palace held a place in Pardew’s heart having played for them during his career and so that was an emotional decision for him to swap the Magpies for the Eagles. So it’s a bit harsh to say he slipped out of town very quickly. But, yes, Ashley has shown that under the right circumstances he is prepared to stick with his managers.