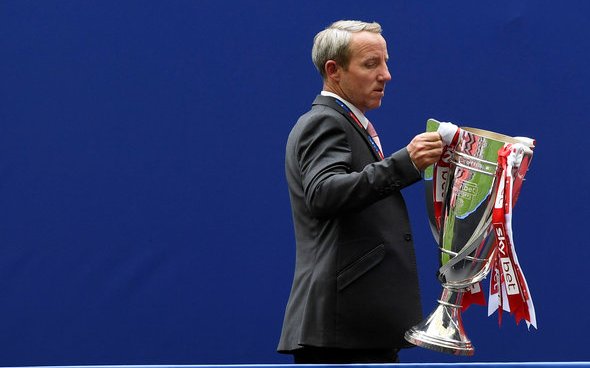 Newcastle United’s official Twitter account posted a tweet on Sunday congratulating former Magpies midfielder Lee Bowyer on steering Charlton Athletic to promotion to the Championship. The tweet went down extremely well with the club’s supporters, namely because Bowyer’s Addicks side defeated Newcastle’s hated local rivals Sunderland 2-1 at Wembley in the League One Play Off final. Now, we’re never going to know whether the Magpies’ social media department would have posted this tweet to Bowyer if it wasn’t Sunderland that his Charlton team had beaten. However, you get the feeling that they enjoyed rubbing salt in the Mackems’ wounds. To be fair, the Londoners were worthy winners on the day. The Black Cats never really turned up and so you have to give Bowyer’s team credit for getting the job done. The fact that it was Sunderland whom they beat just make it all the more sweet for the Toon Army. 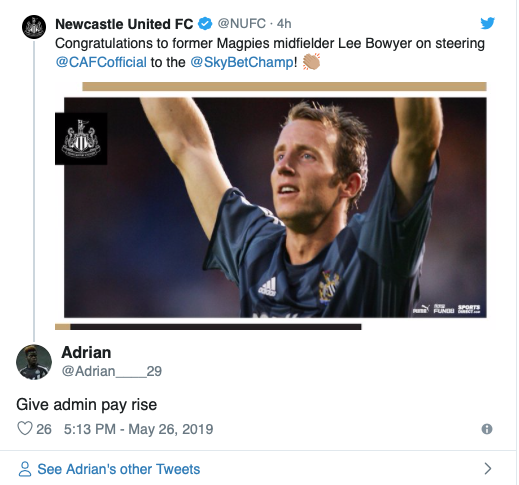 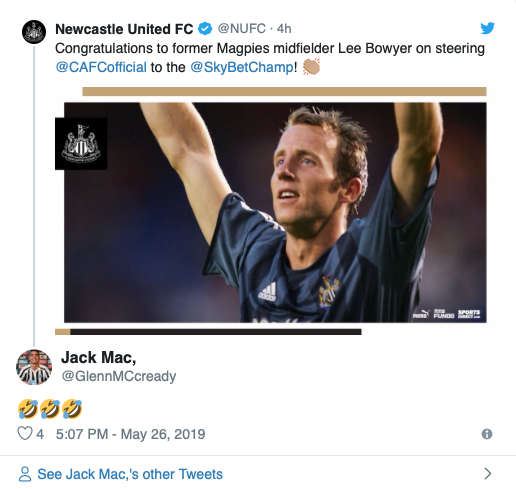 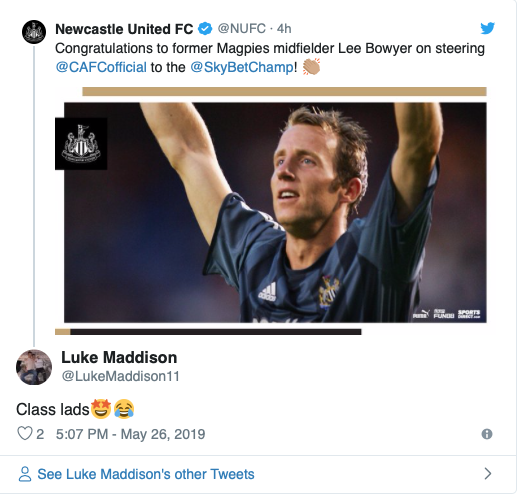 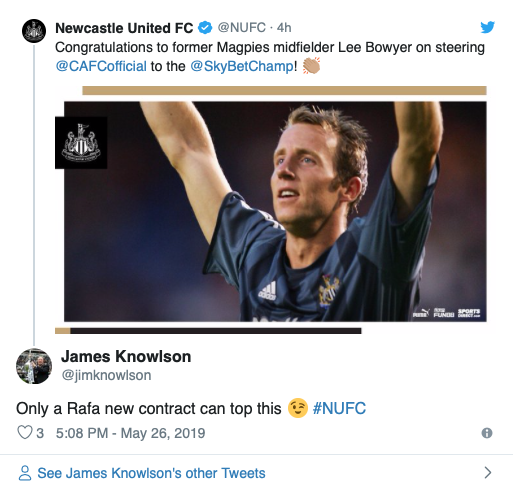