Betis and Sociedad admirers of Perez 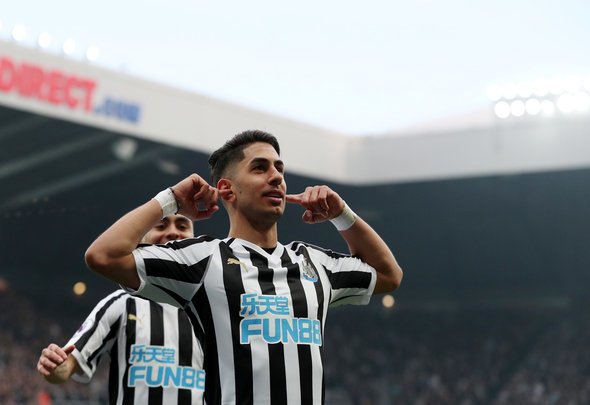 La Liga duo Real Betis and Real Sociedad are both eyeing Newcastle United attacker Ayoze Perez amid uncertainty over his future, according to The Chronicle.

The newspaper claims that the Spanish double act, managed by Quique Setien and Imanol Alguacil respectively, are both long-term admirers of the 25-year-old.

There is much uncertainty surrounding the former Tenerife man, with The Chronicle’s report claiming that he is open to the possibility of leaving the club after a five year stay on Tyneside.

Italian heavyweights Napoli and Inter Milan are both thought to be in the hunt for Perez as well.

This is worrying news for Newcastle fans, as the interest in Perez continues to build. He had an unbelievable end to the season so it’s not surprising that there are teams sniffing around him, but this slate of teams said to be interested makes for distressing reading for the Magpies faithful. Napoli and Inter are both obviously bigger clubs than the two Spanish sides and will undoubtedly be extremely tempting for Perez. However, the lure of returning home to Spain, to two decent sides in Betis and Sociedad, could end up being too much for the Spaniard. It’s not like he would be dropping down in terms of the quality of team he’d be joining, Betis and Sociedad will both finish higher in La Liga than Newcastle did in the Premier League this season. So he wouldn’t view it as a step down and that, coupled with the prospect of returning home, could result in Perez ending his half-decade long connection to the Magpies.