Newcastle must act for Cairney now Fulham are relegated 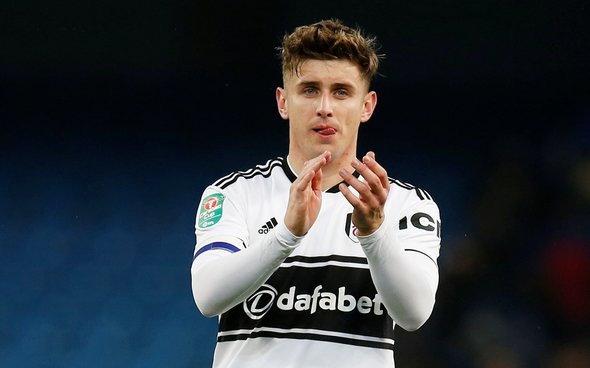 Newcastle United have regularly been linked with making a move for Fulham playmaker Tom Cairney in recent times and now is the time to act.

On Tuesday Fulham were officially relegated from the Premier League after losing 4-1 to Watford and that will surely put every other top-flight club on red-alert as they have some talented players worthy of pinching.

This is especially the case as this recent development is likely to lead to Fulham parting company with their best players as they will have a hard time keeping some of them happy when they can only offer Championship football next season.

One of these players is bound to be Cairney.

The 28-year-old midfielder was key to the London club winning promotion to the Premier League last season as he was involved in 11 goals in 37 outings and effectively pulled the strings for his side.

While Cairney has only shown glimpses of his talent in his 27 league outing this season, he has still shown enough to suggest he is good enough for the Premier League.

The playmaker is an excellent passer of the ball and is able to carve out chance after chance for his side when in form, and the creative spark that the Magpies’ squad currently lack.

According to the Northern Echo in March, the Magpies were considering making a move for Cairney, who has been a long-term target, as they were expecting a change to their midfield options in the summer, with perhaps Jonjo Shelvey and Isaac Hayden being at risk of exiting.

The Sun reported in January that Fulham wanted £30million for their club captain but with their status changing, that amount will surely be at least a bit lower.

With this in mind and the fact that Fulham will be easier to strike a deal with due to their relegation, Magpies owner Mike Ashley must finally splash the cash to see Cairney finally arrive at St James Park.