Schar reveals all on head injury 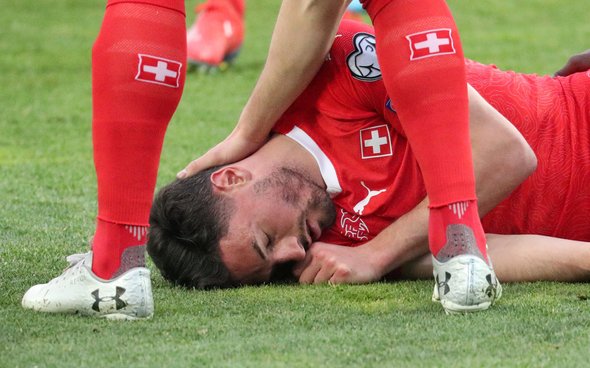 Newcastle United defender Fabian Schar has fired back at those who voiced their opinions over the recent head injury he suffered while playing for Switzerland.

There has been much discussion about the rules regarding head injuries since the Magpies star played on despite being knocked unconscious during a game against Georgia.

Now Schar has had his say: “The thing happened with the head, but everything’s fine. I trained the whole week with the team in the build-up to the [Palace] game, and I’m feeling really good,” he told the Shields Gazette.

“For me, I don’t care what has been said. People have written and said a lot of stuff, but a lot of it’s not true. There was too much polemic about this. It looked bad at the moment it happened, but, in the end, I was fine and it was not too bad at all. I feel really good, and it hasn’t affected me at all. I have no injury now, so hopefully we can stop talking about this.”

This is a bit of a strange reaction from Schar. He seems to have taken the wider discussion about concussions and head injuries in football as a personal insult against him. He was simply the specific example being cited by those who want the sport to take head injuries more seriously. For Schar to dismiss their concerns as ‘polemic’ seems bizarre, quite frankly. Surely he wants football to be safer regarding head injuries, as well. No one should be allowed to carry on playing after being knocked unconscious, that’s just ridiculous. But yet the player who was directly involved in the incident wants everyone to stop talking about it. He’s sick of the discussion surrounding head injuries in football. That beggars belief. Nobody was criticising Schar at any point, but that’s how he seems to have taken it. It’s really strange and you wonder if things are ever going to change when the players have such a bizarre attitude towards head injuries.